The Competition and Markets Authority has provisionally approved BT’s £12.5 billion takeover of EE, it announced today.

The CMA said after its phase one investigation into the merger had found the deal “the merger is not expected to result in a substantial lessening of competition (SLC) in any market in the UK.”

Inquiry chair John Wooton said: “We recognise that this is a merger which is important to many consumers and businesses. We have heard a number of concerns from competitors. After a detailed investigation, our provisional view is that these concerns will not translate into a competition problem in practice.

Swantee said the UK was one of the last markets in Europe where the merger of a broadband and fixed line giant with a major mobile player was still possible.

Speaking on today’s CMA announcement, the EE CEO said: “EE welcomes the CMA’s provisional approval of our merger with BT. We now look forward to completing the deal quickly, and creating a new combined company designed to benefit both British consumers and businesses, while helping to propel the UK to the very front of global telecommunications.”

BT also welcomed the ruling, which will mark its re-entry into the mobile operator space following its decision to spinoff its BT Cellnet business, which subsequently became O2, in 2001.

BT Chief Executive Gavin Patterson said: “We’re pleased that the CMA has provisionally approved BT’s acquisition of EE. The combined BT and EE will be good for the UK, providing investment and ensuring consumers and businesses can benefit from further innovation in a highly competitive market”.

However, BT could still face the proposition of being split from its infrastructure arm Openreach as part of a finalised agreement. In submissions to the CMA, rivals including TalkTalk, Virgin and Vodafone had all called for Openreach to be span off into a separate company.

A CMA statement added: “We have only considered Openreach to the extent it is relevant to issues arising from the merger. We are aware of concerns voiced recently about Openreach and wider concerns are currently being considered by Ofcom in their review of the whole telecommunications market.”

The inquiry will now consider responses to its initial findings, and has set a final deadline of January 18 to publish its report. Anyone wishing to respond must submit their comments to the CMA by emailing BT.EE@cma.gsi.gov.uk by November 19

CCS Insight principal analyst (operators) Kester Mann said the decision to approve the deal with no major concessions being applied will be seen as a strong victory for BT, given the level of objection from rivals.

He added that the approval will have no bearing on Three-owner CK Hutchison’s proposed £10.25 billion buyout of O2, despite the CMA’s request to the European Commission to also oversee that deal.

“Provisional approval of the £12.5 billion deal is a great boost to BT’s multiplay ambitions in a market rapidly evolving towards bundled telecoms services.

“The announcement that no remedies will be applied represents a particular victory for the company. Rivals such as Sky, Vodafone and TalkTalk have repeatedly expressed concern over the dominant position of the proposed new entity, particularly around mobile spectrum and backhaul. It is sure to further fan the flames of their calls for structural separation of Openreach from BT, currently being considered as part of Ofcom’s digital review of the UK market.

“Despite today’s news, the proposed deal between 3 and O2 remains far from guaranteed. This is because unlike BT buying EE, it will reduce the number of mobile network operators from four to three. A similar move in Denmark recently collapsed over competition concerns, while recent sentiment from European regulators has moved against in-market consolidation.”

Industry reacts to BT’s £12.5bn EE takeover
The industry has reacted positively to the Competition and Markets Authority’s provisional approval of BT’s 12.5 billion takeover of EE. The takeover was provisionally approved today (October 28) after the plans were first announced in February 2015. There have been fears the merger would reduce competition in the UK and lead to higher prices for
Operators - Alex Yau 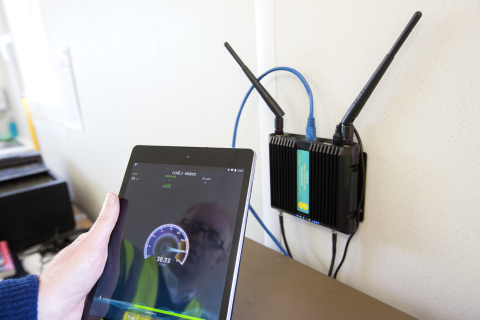