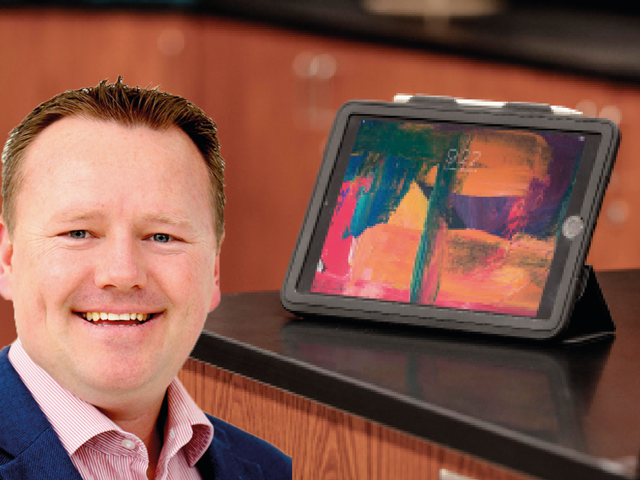 The mobile phone accessories space is one full of riches, with the sector expected to reach $107.3 billion by 2022, according to Allied Market Research.

Growing demand for accessories is being fuelled by factors including growth in smartphone adoption and rising disposable income in developing countries such as China, India and Brazil.

One of the biggest new players in this sector is Utah-based US company Zagg, which started operations in 2005 and now has aspirations to be worth a billion dollars.

The Zagg story started with a man called Phillip Chipping. In 2005, he was noodling around in his garage after receiving a watch as a gift, thinking about how to protect it from chips, nicks and scratches.

He found the answer in the form of a durable film originally made to protect military helicopter blades from high-speed damage.

A lightbulb moment later and the first InvisibleShield design was made: Zagg was born.

A few months into business, the fortunes of the fledgling firm improved massively after the launch of a diminutive music player you might just have heard of – the iPod Nano – for which Chipping designed a new iteration of his product (see box at bottom of the article).

InvisibleShield soon became the biggest- selling screen-protection product in the UK, where it had a market share of 57 per cent between January and March 2018, according to GfK.

In 2010, Zagg branched out from its screen-protection range by adding Bluetooth tablet keyboards, tablet stands and special function keys. In March 2015, the company introduced the industry’s first foldable pocket keyboard for smartphones, and it now offers a full line of mobile accessories from screen protection to power.

Chipping left Zagg a few years after setting it up, joining screen-protection BodyGuardz when his non-compete clause expired in 2012. BodyGuardz claimed to be Zagg’s biggest competitor in the mobile protection market.

Zagg International’s general manager is Gavin Slevin (main picture), who is based in Shannon, Ireland. He has been with the firm for three years and says it has set out a four-year plan to reach its goal of becoming a billion-dollar giant.

Slevin was in charge of Zagg in Africa, the Middle East, Israel, Greece and Turkey before being promoted to his current position in February 2017. Before Zagg, he was also at IT giant Dell for six years and at Samsung as a business manager.

In the last three years, Zagg has grown its revenues by around 30 per cent organically and through acquisitions, and is halfway to its billion-dollar goal. Last year, it more than doubled its 2014 performance by making $538.2 million (including $15 million from the UK and Ireland), with a gross profit of $185.9 million.

Zagg is aiming to dominate in more countries in the smartphone case segment, a product range on which it directed little focus until it spent $40 million buying Gear4 from mobile accessories company Strax in November.

In September 2018, Gear4 commanded 23 per cent of the UK’s smartphone case market according to GfK, putting it in first place.

Zagg plans to sell Gear4 cases to drive its ambitious sales goal, with Slevin saying the company is in a prime position now that it has strong offerings in screen protection, power, audio and cases.

“The overall goal is to be one of the two leading players in the smartphone case market in all the countries where we offer these products,” he says. “We want to take significant shares in other markets. In the UK we’re number one, but France, Germany and the Nordics are also markets we are actively targeting where we want to see the brand in that number-one space, or as a strong number two.”

Slevin adds: “Gear4 opened a whole new category for us with cases. With our distribution network and existing footprint of customers, we will be able to expand and fuel growth. We will take Gear4 to the Middle East, Africa and Asia, where we can compete for market share.

“We’re going to try to get all retail partners to buy all four of our product categories. We have many who buy from one or two categories, but not all four.”

Zagg accessories are sold in Carphone Warehouse outlets and all operator stores supported by Zagg’s distribution partners – Exertis, Kondor, Brightstar and Strax. In total, the company’s products are in more than 5,000 UK stores.

Slevin acknowledges that there will be challenges in meeting the billion target, not least because of a slowdown in smartphone sales of around three per cent worldwide, according to CCS Insight.

While high handset prices and longer upgrade cycles are depressing new device sales, Slevin says mobile accessories won’t be hit to the same degree because people still need to protect the phones they have.

“Consumers can go through three or four screen protectors through the life of a phone,” he says. “Instead of replacing their phones, people are replacing the case so it feels like new. We have the opportunity to attach up to three accessories to a phone. You won’t see a massive drop-off in accessories just because handset sales are down.”

Zagg doesn’t have things all its own way in screen protection and cases, though, with strong competition from the likes of PanzerGlass and OtterBox. Slevin welcomes the competition, saying it makes the accessories market more global in reach.

“There is a lot of competition in this crowded space,” he says. “Otterbox is our biggest competitor in cases: I’d say they’re the top player in the world. We lead in screen protection in the UK, USA and Australia. PanzerGlass is the biggest brand competing against us in this area, and is just behind us in the EU.”

Zagg is an acquisitive firm, having spent more than £288 million since 2011 buying up market leaders with strong resources to bolster its portfolio. This included its purchase of the Braven outdoor speaker brand from rivals Incipio Group last July. With the buy came many patents that will be seen in Zagg products launching this autumn.

“Braven created the category of the mobile outdoor Bluetooth speaker range,” says Slevin. “The acquisition brought a lot of technical resources with it, and we’re excited about its capabilities and patents. We will continue to look for opportunities like Braven and are very open to more acquisitions that sharpen our technological advantage over rivals.”

Zagg has already developed screen protection for the coming generation of foldable phones and plans to launch its liquid-protection offering Liquid Defence in the UK this year.

“Until I saw the science behind liquid protection, I was sceptical – but not any more,” he says. “It uses nano beads. If you look at a piece of glass under a microscope, you’ll see lots of imperfections on the surface.

Liquid Defence fills all those craters and imperfections, and strengthens the glass, making it less resistant to cracking. It will be big for us when Samsung and Huawei release their foldable phones.

“Sales for protection of foldable phones will be slow to start with, as we are currently in the Stone Age in this area.

“And as soon as the cost tumbles, you’ll start to see more adoption.”

Zagg’s billion-dollar target is one that some will see as impossible – and even downright crazy. But it’s a goal that’s firmly in Slevin’s mind.

And a director at one of the company’s competitors, who did not wish to be named, says Zagg has deep pockets to achieve its goal.

“It is able to put £20 million behind a marketing campaign on new products and sell well, so it’s not impossible for it to achieve that goal,” he says.

“Zagg sells so well because it has a great number of top-tier brick-and-mortar retailer relationships, Carphone Warehouse being the biggest.” 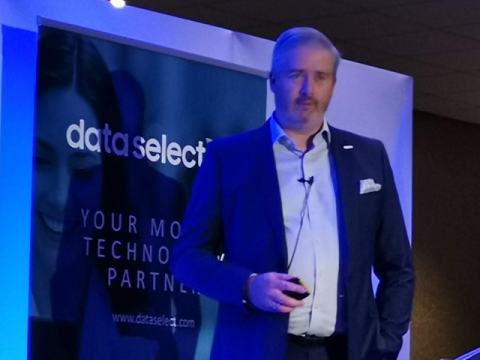