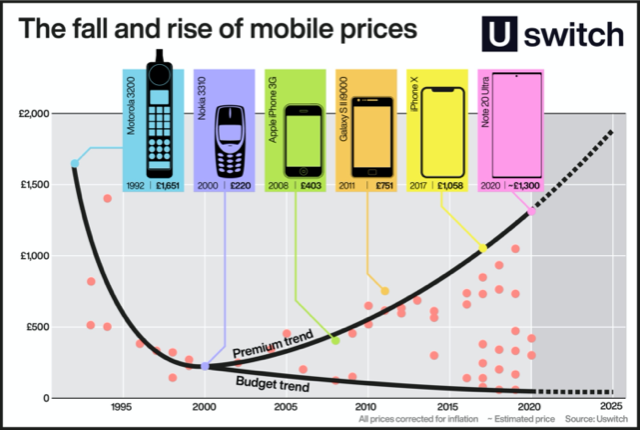 High-end mobile phones have soared by 490 per cent in the past 20 years, according to research from Uswitch.

It comes as Samsung prepares to launch the Galaxy Note 20 Ultra next month. This handset is anticipated to cost £1,300, making it one of the most expensive phones ever, in line with Apple’s iPhone 11 Pro Max.

The average cost of a mobile phone in 2000 was £72.50, which adjusted to today would be £123.80. Although earlier handsets were much more limited to calls and texts.

However the average handset now costs £355, which is 14 per cent of the average UK monthly salary.

While modern smartphones can browse the internet and take photos, prices have risen along with the additional functions.

But customers are using their handsets for longer, according to data. Consumers keep their phone for two years and 3.7 months on average, which is up from one year and 11.4 months from 2016.

“Mobile phones these days do the job of a camera, music player, television and computer, but you certainly pay the price for having all that tech in your pocket.

“We pay for our smartphones in manageable monthly payments, so it’s easy to forget how much we’re spending on these technological works of art.

“Although top-end handsets are soaring in price, there are models on the market to suit every budget, with the Samsung Galaxy A10 costing just £139, and the iPhone SE offering great value at £419.”

What will the UK 5G landscape now look like without Huawei?
Huawei is persona non grata in the UK. What are the likely repercussions for the channel and users?
News - Paul Lipscombe 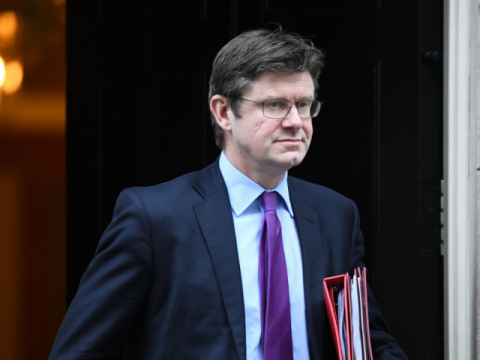 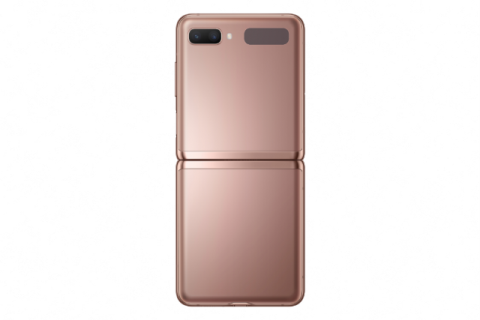