He gives his first UK interview to Mobile News editor Michael Garwood, providing a glimpse of what we can expect under his leadership

The decision by Brightstar founder Marcelo Claure last August to step down as CEO came as somewhat as a surprise to many.

After all, Claure has been the very DNA of the business, transforming it from a start up 17 years ago, into the near £20 billion turnover giant it is today.

The process of finding a CEO, as a result, is something the firm has never had to contemplate – with Claure having held the role since day one.

But Brightstar is a company undergoing something of a transformation. Claure, now CEO of US operator Sprint sold 57pc of the business to SoftBank for $1.26 billion 18 months ago – a firm which also owns Sprint.

A series of acquisitions have followed, driving Brightstar in to new markets and expanding its increasingly profitable ‘services’ division.  20:20 Mobile (Europe), Beetel Teletech Ltd (India) for example have also helped to affirm its self-proclaimed position as the world’s largest global wireless distributor.

Chosen one to succeed
The man tasked with succeeding Claure and leading the organisation forward is industry unknown Jaymin B Patel – who was making his first ever appearance at this year’s Mobile World Congress ahead of his official start date later this month.

“I’ve not actually started the job as yet, but have been spending a lot of time with my colleagues at Brightstar,” explained Patel, who was giving his first UK interview since being unveiled as Claure’s successor.

“Mobile World Congress is a huge industry event so it’s a great opportunity for me to learn and meet many of our customers around the globe.”

So who is Jaymin B Patel and what brought him to Brightstar? In an incestuous industry the move may appear to some as something of a gamble by Brightstar’s parent SoftBank – but confidence in the camp is high.

Credentials
Whilst he, as he says, may not have the knowledge of the telecom industry specifically – although you wouldn’t know it from the sharpness and speed of his answers, his track record in business, spanning 26 years makes for impressive reading.

Prior to Brightstar, Patel, 47, worked as president and chief executive for GTECH, the largest lottery and gaming company in the regulated gaming industry, providing technology and services to customers in approximately 100 countries.

He most recently served as President and CEO of GTECH Americas, overseeing operations in North America and Latin America (key Brightstar territory). During his time he also held a variety of ‘global leadership roles’, including chief financial officer of GTECH Holdings Corporation as a NYSE listed company, and chief operating officer and president and CEO of GTECH’s global lottery, interactive and gaming businesses.

Patel, who was educated and grew up in Harrow, London, believes his career is not all that different to the way in which Brightstar operates today, and is ready for the challenge in taking Brightstar to the next level.

“When you look at Brightstar’s business, we have a very substantial logistics distribution operation as well as a number of services which have been built over a number of years and will become stronger over time.

“I come from a global gaming business and was part of the Camelot bid in the early 1990’s, so it started with distribution. If you think of the global instant ticket scratch-off business, you have tickets which go from the manufacturer to warehouses.

“These are books of real money and those tickets through a process of distribution go to retail shops and in my GTECH business we used technology to distribute tickets using predictive ordering systems. When you compare that with mobile phones, it’s comparable. “

Ronald Fisher, Chairman of the Board for Brightstar certainly agreed with this ringing endorsement. “Jaymin’s operational leader-ship, financial expertise and experience negotiating and closing highly complex, multi-year deals makes him the ideal person to lead Brightstar at the centre of the wireless ecosystems disciplined global approach to operations will continue to drive customer value and profitable growth while maintaining our strong tradition of innovation in the SoftBank family.”

Knowledge of business
Patel has already gained a solid base of knowledge on the business – having held a series of discussions with both Claure, and SoftBank to discuss the vision of the business going forward.
What those visions, some of which are based more than 30 years in the future, actually are remain confined to the board room at present – and Patel has no desire in upsetting his new employees by revealing company secrets to its rivals.

He insists however the company will continue its drive in providing new levels of services to the telecom industry, extending upon its current triple play offerings; buyback, financing and insurance in addition to its legacy distribution business which handled more than 100 million handsets last year (seven million in Europe).

My way
Brightstar reported revenues of $10.2 billion in its last financial year – set to double following organic and acquisition growth. Whilst the firm does not split its financials into distribution and service, a spokesperson confirmed that whilst distribution remains dominant for income – services were “catching up” fast and that “distribution gets us in the door” to offer those services.

Whilst Patel clearly has respect for Brightstar’s past, he admits his focus is on the future – and it is his job to ensure Brightstar is making the right noises in the market and providing the market with what it needs.

“Brightstar is an excellent platform for global growth and one of my objectives is to help grow the business in an entrepreneurial fashion that Marcelo built here and introduce new platforms and disciplines to enable us to grow faster.

“It’s that fine line of taking the heritage, preserving that, but introducing new platforms, technologies more services and transform the business over time in to a more services weighted business. The logistics and distribution relationships we have around the world with 200 operators and more than 40,000 retailers provides Brightstar with  extraordinary market knowledge throughout the ecosystem.

“When you think about distribution, OEMs and relationships we have with the handset manufacturers, the operators and the retailers, there aren’t many businesses which go across the telecom spectrum like that.” 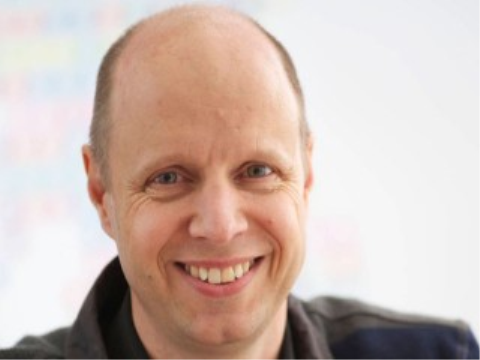