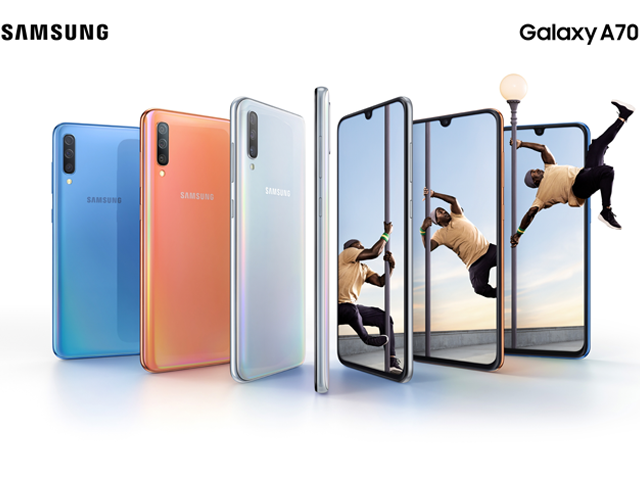 Samsung has unveiled its latest mid-range smartphone the Galaxy A70 which is available from April 26 in the UK.

The A70 will come in a choice of four colours including; blue, black, white and coral, with a prism effect that changes depending on light direction and reflections.

It features a 6.7 inch Infinity-U super AMOLED display, which Samsung says is the biggest of any A series phone to date, while the screen ratio is 20:9.

There is a triple camera set-up on the A70, with a 32MP high-resolution front and rear lens, along with an 8MP ultra wide lens and 5MP depth sensor.

Also included is Scene Optimiser which allows for the A70 to recognise and intuitively enhance up to 20 scenes, with Flaw Detection clearing up any glitches before taking any photos to get the best shot.

Samsung also claims it has improved its on-screen fingerprint scanner to make it easier for users to access their phone.

It runs on the latest Android 9.0 Pie OS and incorporates Samsung’s One UI platform, which can provide smarter interactions including one-handed navigation.

Other features include either 6GB or 8GB RAM and 128GB of internal storage, with a microSD slot available for up to 512GB.

Samsung Health, Samsung Pay and Bixby will also be available on the A70. 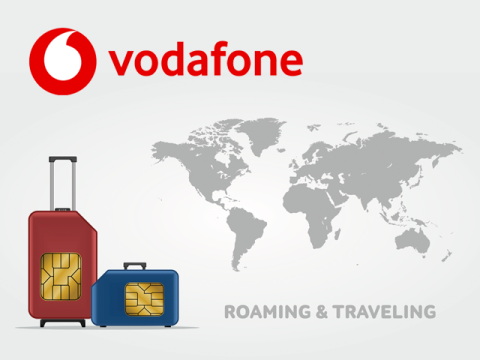 CCS Insight: Mobile phones sales to drop 3pc during 2019
Sales were expected to hit two billion by 2022 but will stagnate at 1.9 billion until 2023
News - Manny Pham