Nokia’s back from the dead, but for how long? 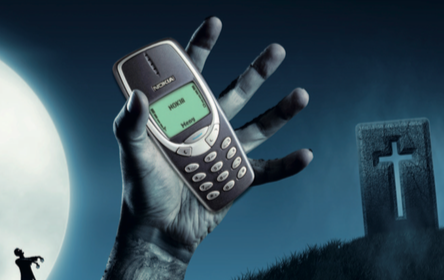 Two years ago, the death knell was tolling for Nokia as new owners Microsoft announced the 150 year old iconic brand was not part of its long-term plans.

So you can imagine the surprise last week, when news broke that Nokia would be returning after new Finnish company HMD Global and Foxconn subsidiary FIH Mobile signed a £240 million deal for the feature phone arm of the business.

“We will be completely focused on creating a unified range of Nokia-branded mobile phones and tablets, which we know will resonate with consumers,” says former Nokia exec now CEO of HMD Arto Nummela

“Branding has become a critical differentiator in mobile phones, which is why our business model is centred on the unique asset of the Nokia brand and our extensive experience in sales and marketing. We will work with world-class providers in manufacturing and distribution to move quickly and deliver what customers want.”

But can it really “deliver” what customers want? After all, Nokia was a brand in severe decline when it was sold to Microsoft for £4.5 billion in 2012, spectacularly falling from a position of leadership, to one of being left well behind.

And with smartphones now dominating handset sales, with 351 million sold in Q1 alone, it’s a tough, competitive market out there.

So what are its chances of succeeding a second time around? Speaking to the industry, optimism is largely high.

CCS Insight chief of research Ben Wood tells Mobile News he expects around half a billion feature phones to be sold this year – 30 million of which will be from the UK.

He claims the market will still be worth around £250 million come 2020 and that Nokia’s global recognition and reputation pre-smartphone era will stand it in good stead to make its presence felt and claim a sizeable share.

“For a huge chunk of the population, Nokia stands for a reliable, easy-to-use trusted brand,” says Wood. “If they can make a good looking Android phone with great battery life, design and a good user experience, there’s definitely an opportunity. What Nokia doesn’t stand for is the cutting edge, high-tier phone that will go head to head with a Samsung or iPhone. It will go against the more mid-tier range players such as Sony or Huawei or an Alcatel. You could argue that Nokia stands as good a chance as them if they deliver decent products to grab a bit of share.

He adds: “There is still a market for feature phones, be it for people who just want a simple talk and text phone with great battery life, or public sector employers who don’t want employees being distracted by smartphone, or a cheap phone that won’t cost much to replace. There is still demand for feature phones in mature markets. The big market is still emerging markets. There are plenty of people where a £30 or £40 smartphone is beyond their biggest dreams.”

Kantar Worldpanel consumer insights director Imran Choudhary agrees, stating the global awareness of the brand is a major asset for the company – particularly in emerging markets.

He warns however it won’t be “plain sailing” and that it’s important for the new owners to go “back to basics” with what Nokia stood for in the past, while also giving customers a reason to buy its products rather than one of the ever growing list of players targeting the same space.

“Nokia instantly has an awareness and engagement with consumers because of its legacy, but it’ll be a tough road ahead,” says Choudhary. “They’re starting from the best possible position with a strong brand name, fond sentimental memory for a lot of consumer and it’ll be about the strategy and how good the products will be when they come to market. Everyone likes to see fallen giants return.

“Strategically they need to think of USPs like dual-lens cameras, cost or whether they’ll go for a handset that’s not so advanced, but still offers solid quality.

“If it’s using Android OS, what can they do to have some sort of advantage? How can they do this in hardware? Mid-range handsets are becoming more premium in their build and design. They need to be doing something at least as good as that. It’s thinking about how consumers use their products and being one step ahead rather than producing something that’s just good and works.”

Like Wood, he too believes there are still plenty of miles left in the feature phone space and Nokia still holds a lot of value with the public and there is “definitely” space in the low current low end market.

“It’s a good move to leverage that brand in a space where they can still generate demand,” said Donovan. “We all seem to spend a lot of time talking about the growth of the smartphone market but there are still a lot of people who are still using feature phones who require that purpose and functionality.

Although its share has fallen a bit in recent times, there is still definitely a space in the market for it and [Nokia is} particularly synonymous with the bar-like devices in the feature phone/low-end segment of the market.”

But not everyone shares the same levels of optimism. Brightstar UK and Ireland managing director Jim Michel tells Mobile News he was surprised to hear of the news of its planned return, claiming the distributor (in the UK) has received zero demand for Nokia devices since its exit.

Michel admits he expects very little impact in the UK market, with its best chances through channels such as supermarkets which may suit its low end “demographic”, with its brand playing a crucial role in getting it noticed.

He does however see an opportunity in emerging markets such as India and China, where Nokia has been strong in the past, aided by leading brands such as Samsung and Apple playing no part in the feature phone space. He also believes the role of Foxconn, which manufactures devices for the likes of Apple and BlackBerry among others, will give it the best opportunity of success, and keep prices low and appealing.

“The market has changed so much and it will be difficult,” says Michel. “We don’t get any enquiries whatsoever from customers asking for Nokia products and nobody ever mentions it. Even the Lumia products are diluting now. Their focus will be in other parts of the world. The good thing is this is like an extension of Foxconn. If Foxconn becomes the umbrella brand and these people the support brand, then based on Foxconn’s reputation and qualities, they can develop smartphones at a very good price. They make very strong margins on feature phones, which in today’s market, is a big surprise. The Nokia brand still has incredible heritage with the older generation. They might do reasonably well in non-specialist mobile retailers like Sainsbury’s and Argos, where you have that type of demographic going in there.”

Gartner research director Roberta Cozza was also less optimistic about the long-term future, forecasting that by 2020, just 10 per cent of all handsets sold will be in the ‘feature phone’ segment.

“Nothing is impossible but it’s going to be very hard for Nokia. I’m a bit sceptical because the market has become very complex. The feature phone market is slowing, so it’s hard to see this being something that is going to be very successful.

“The market has proven that it is very hard to come back. The market for feature phones is rapidly moving towards low-end of the Android market. There are some emerging markets where feature phones account for around half of all mobile sales.”

The news of Nokia’s return was largely greeted with positiv- ity from the B2B dealer reseller channel, with many believing feature phones, still have a place in the current market, albeit a limited one.

CEO of Vodafone platinum partner Excalibur Communications James Phipps says the news of its planned return “made him smile” and he was looking forward to seeing what it offers in its next phase.

“All things come back round given the passage of time,” says Phipps. “There will be a market for it, because you still get a lot of customers, even in B2B, who just want a phone that is reliable. Nokia is associated with that.

Gap in the market

“Feature phones make up a small part of our sales, but there is a gap in that part of the market because all of the bigger manufacturers are focused on the high end. Nokia’s name carries weight. People grew up with Nokia phones and that brand loyalty will still exist. If they come out with a handset that is reliable, and has good battery and signal, then they will see decent sales.”

Welcomm purchasing manager Darren Tiday agrees, and believes it still has the potential to compete with the likes of Sony and HTC.

“Nokia would find it tough initially taking on the likes of Samsung. It’s not a new manufacturer, however, so that gives them a better chance of getting their nose back in. Every customer misses a device that doesn’t need charging every night. We still have a lot of customers with staff who just need a phone for calling and texting, or just use the phone for cabs and lorries and to be used as a receive and call device.”

However, B2B dealer Next Communications MD Mark Finlaysson, is brutally dismissive of its chances, claiming it had “blown it” before Microsoft came knocking and its brand no longer counts for anything.

“I can’t see Nokia ever making any impact,” he says. “We never get any demand and by the time Microsoft bought them, they were a failed manufacturer. There doesn’t seem to be any latent good feeling towards Nokia at all. The brand is worth diddly-squat – they are just another small-time player in the market place.

“They got fat, lazy and arrogant and didn’t see Apple as a serious competitor – that was fatal. They underestimated the importance of iOS and Android. They spent four years not responding to Apple’s looming threat, because they didn’t believe Apple could do any damage – the same as BlackBerry and Motorola. They thought they were invincible.

“We sell a small number of feature phones, but it is just a tiny portion of the business.” 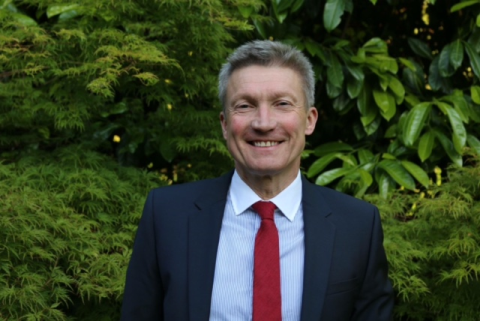 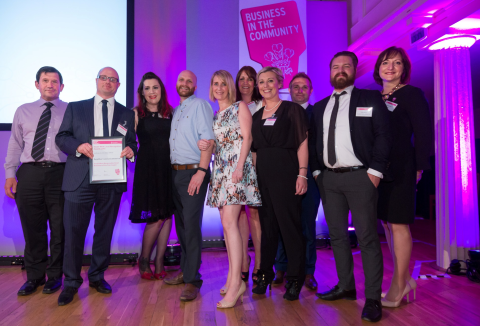 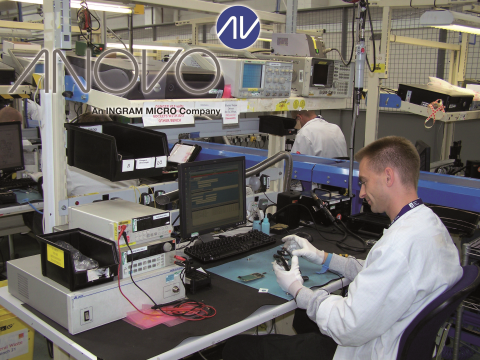 ANOVO wins multi-million contract from UTL to handle Three returns
The service and repair company is understood to have beaten rivals UTL, Brightstar and DHL in the tender
Dealers - Paul Withers