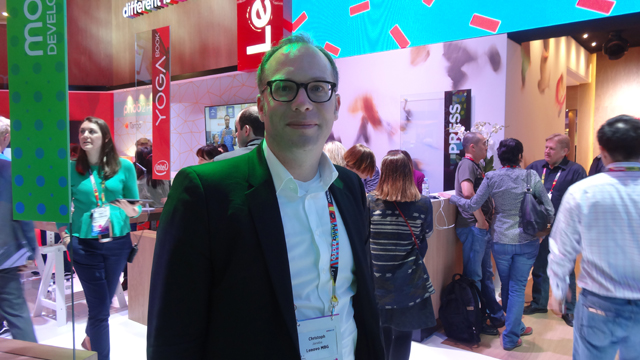 Lenovo is keen to keep the momentum going and break back into the top five largest manufacturers in the world.

It was the fourth largest smartphone manufacturer prior to 2016 Q1 market share figures from IDC, having been replaced by Chinese manufacturer Oppo. Lenovo director of product operations for EMEA Christoph Janeba (pictured) claims it is in the top three in most European markets and will reclaim its former global position.

He stated the need to take a step-by-step approach to reclaim market share, and will do so by strengthening relationships with current partners.

Janeba added the importance of working with networks with “room to grow” with operators. Currently Moto devices are ranged by Tesco Mobile and three of the UK’s networks, except EE. Janeba confirmed talks are ongoing there.

“We’re adding more partners, we want to expand in countries and number of partners. Talks are being held with other UK networks to further range our Moto line. We want to work with everyone as that’s how we will grow.”

Janeba revealed the flagship Moto Z is on course to sell three million units globally, since launch in June 2016. The firm reported 2016 Q3 profits of $2.2 billion in its Mobile Business Group, a year-on-year decline of 23 per cent, but was a seven per cent increase over Q2.

Over 15 million smartphones were shipped in the third quarter. Moto G shipments saw a 12 per cent increase year-on-year aided by an increase in Latin America of 23 per cent.

The manufacturer unveiled the Moto G5 and G5 Plus at Mobile World Congress in Barcelona on February 27. A key feature for the G5 series is a mixture of the “fundamentals done right”, particularly the G5 Plus which according to Janeba has specs from high end devices last year.

“The trick is to bring premium features down and deliver to customers something that is perceived as premium. Last year’s high-tier technology is now in the Moto G5 Plus.”

Moto G5 and G5 Plus feature a full HD IPS screen made from Corning Gorilla Glass 3. The G5 series debuts an aluminium body dropping the plastic from past versions. Both will run Android 7.0 Nougat, feature front-mounted fingerprint sensors and are dual-SIM.

The G5 is powered by a 1.4GHz octa-core processor with 2GB of RAM and 16GB memory, expandable up to 128GB via microSD. It has 13-megapixel rear and five-megapixel front cameras.

The G5 Plus features a 2.0GHz octa-core processor with 3GB of RAM and 32GB of internal memory. Memory can be expanded up to 256GB and battery capacity at 3,000mAh.

Rear camera is a lower 12-megapixels but boasts a larger f/1.7 lens (f/2.0 for G5) for superior low-light shots. It also has a five-megapixel front camera.

On the products side the manufacturer also took the packaging off the Tab 4 series, the 2-in-1 Miix 320 and finally the Yoga 720 and 520 laptops. 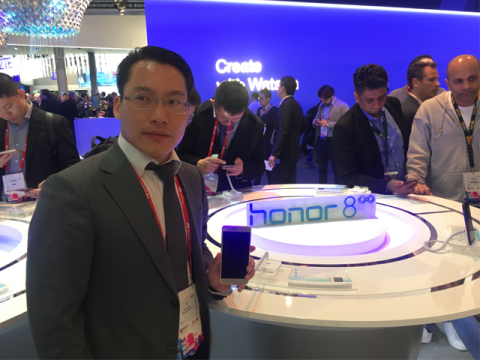