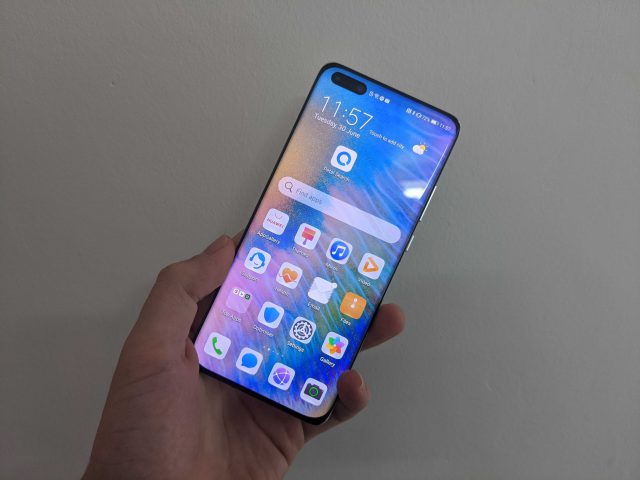 On the face of it, Huawei’s P40 Pro+ is a world-beating device. Huawei has emulated Samsung in the composition of its new flagship range, with this uber-premium model following on from the P40 and P40 Pro‘s release in April.

Last year’s P30 range was a major statement of intent from the vendor, as it rode a wave of critical adoration and growing market share that didn’t look like stopping.

However, we all know that things have changed since then, and the launch of a £1,299 flagship without Google Play services in the current economic climate looks ambitious, to say the least.

While the P40 Pro+ is an impressively made beast, both on the surface and under the hood, there are various factors working against it.

The P40 Pro+ feels like a flagship simply to hold. At 226g, and with a firm aluminium frame, you can physically feel the hardware in your hand. There’s a density to its design. 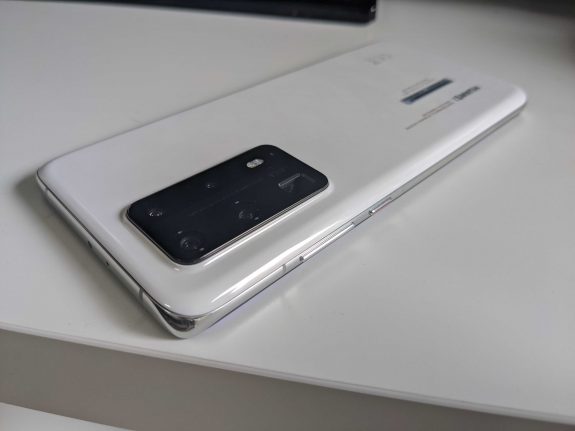 On the back, the black rectangle that is the camera setup takes up a fair amount of real estate, but it doesn’t feel too intrusive. Additionally, it might be because the phone is quite thick and heavy already, but its bump doesn’t feel that noticeable.

The ceramic back design does make a difference when it comes to staving off scratches and smudges, and the aluminium framing is reassuring in the way it creeps into the corners of the screen for extra drop protection. The big punch-hole camera at the front is a bit of an eyesore, but there’s enough screen to just about ignore it, and I can forgive it when it houses such a powerful front camera. 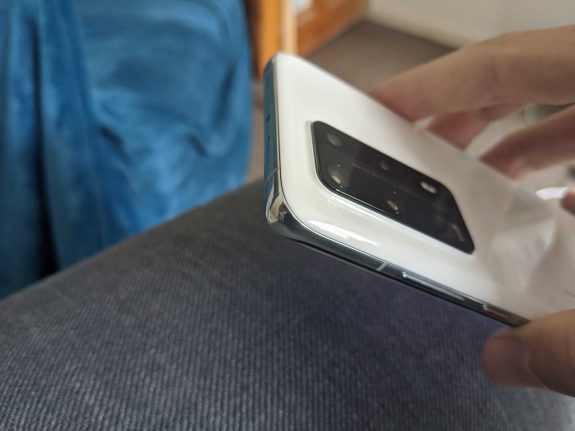 The power button is mid-way up the right-hand side, below the volume rockers, and the SIM slot, charging port and speaker are at the bottom, with no room for a 3.5mm headphone jack. However, the phone does come with a pair of Huawei USB-C wired earbuds.

With 8GB RAM and 512GB internal storage, you’re going to have to try very hard to tire this phone out, even after a few years’ use. Even if you somehow exhaust that computer-aping amount of storage, you can still add 256GB more via microSD. When you combine these specs with the surprisingly sturdy design, Huawei has built a phone to last.

Facial unlocking is practically instantaneous, as is the under-display fingerprint sensor – at least, it came to be after initially being quite erratic.

Powered by the Kirin 990 5G chipset, the phone has access to the latest connectivity, but I didn’t get to test it due to not having a SIM on hand. Even a year on from EE and Vodafone’s 5G launches, however, 5G has a way to go before it reaches outdoor ubiquity, even across London.

The 90Hz OLED display also looks fantastic, with no edges to interrupt swiping and a bright, punchy display that balances colours swell.

The 40W wired charging adds about 40 per cent in an hour – given the phone’s sturdy power consumption, this is a solid amount to take with you for a day’s use.

In the absence of the means to charge the phone wirelessly, I instead tested its reverse wireless capabilities on a Google Pixel 4XL. It worked seamlessly, but was quite intensive, sacrificing about 12 per cent of charge to give the (switched off) Pixel only five in return.

Unfortunately due to the absence of Google services, I was only able to use one benchmarking app (see below), but the P40 Pro+ unsurprisingly blasted through it.

In lieu of Google, Huawei has Celia, its own voice assistant, who isn’t especially advanced, but can perform basic tasks to the same level as Siri and Google Assistant.

Of course, all of the above will mean nothing to some people who won’t get a device without an established app ecosystem. Now, there are ways around Huawei’s lack of Google services. Using the Phone Clone app, you can successfully migrate a lot of Google Play (and Apple Store) apps to the P40 Pro+ (with some major exceptions, covered well here). I managed to do so, with some exceptions, from a Google Pixel 4XL device. 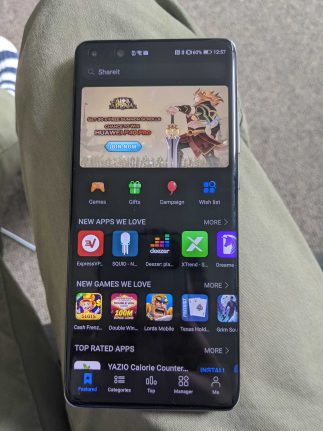 Huawei has also recently added its Petal Search widget to its home screen. Petal Search is a search tool that trawls third-party app stores, enabling the downloading of apps not on AppGallery, including Google Chrome, Netflix and BBC iPlayer.

While Huawei has touted its heavy investment into the AppGallery, and continues to add apps and developers daily, Petal’s presence is an indication of how far it still has to go.

Furthermore, Petal still doesn’t plug all the gaps, and it’s simply not as reassuring or as secure as a vendor-provided app store. Proof of this was provided in the benchmark apps I downloaded – of the three available through Petal Search, only one worked.

There are also various means of essentially loading Google Play services onto your Huawei device. I wouldn’t formally recommend trying them, and neither would Huawei or Google. But if you want to risk your device’s health, the information is easily available. Still, this is unlikely to prove persuasive from a business smartphone point of view, and when these alternatives aren’t certain to completely work, it’s understandable to balk given the price point we’re looking at.

We don’t claim to be camera gurus at Mobile News, but the P40 Pro+’s power is obvious. You could probably spend days tinkering with the various modes. It’s not a surprise that the P40 Pro currently sits atop the overall camera rankings on rigorous smartphone camera site DXOMARK. Given Huawei’s struggles in the consumer confidence department, you’d think it would shoot for nothing less than the top spot in the camera arena.

The detail, balance and dynamic range across the board is stellar, as are the sumptuous 4K 60fps videos – and unlike with an iPhone, you probably won’t run out of space recording them. The front camera also provides amply warm, warts-and-all selfies that can be softened with a beauty filter that is more natural than competitors’ smudgier efforts. 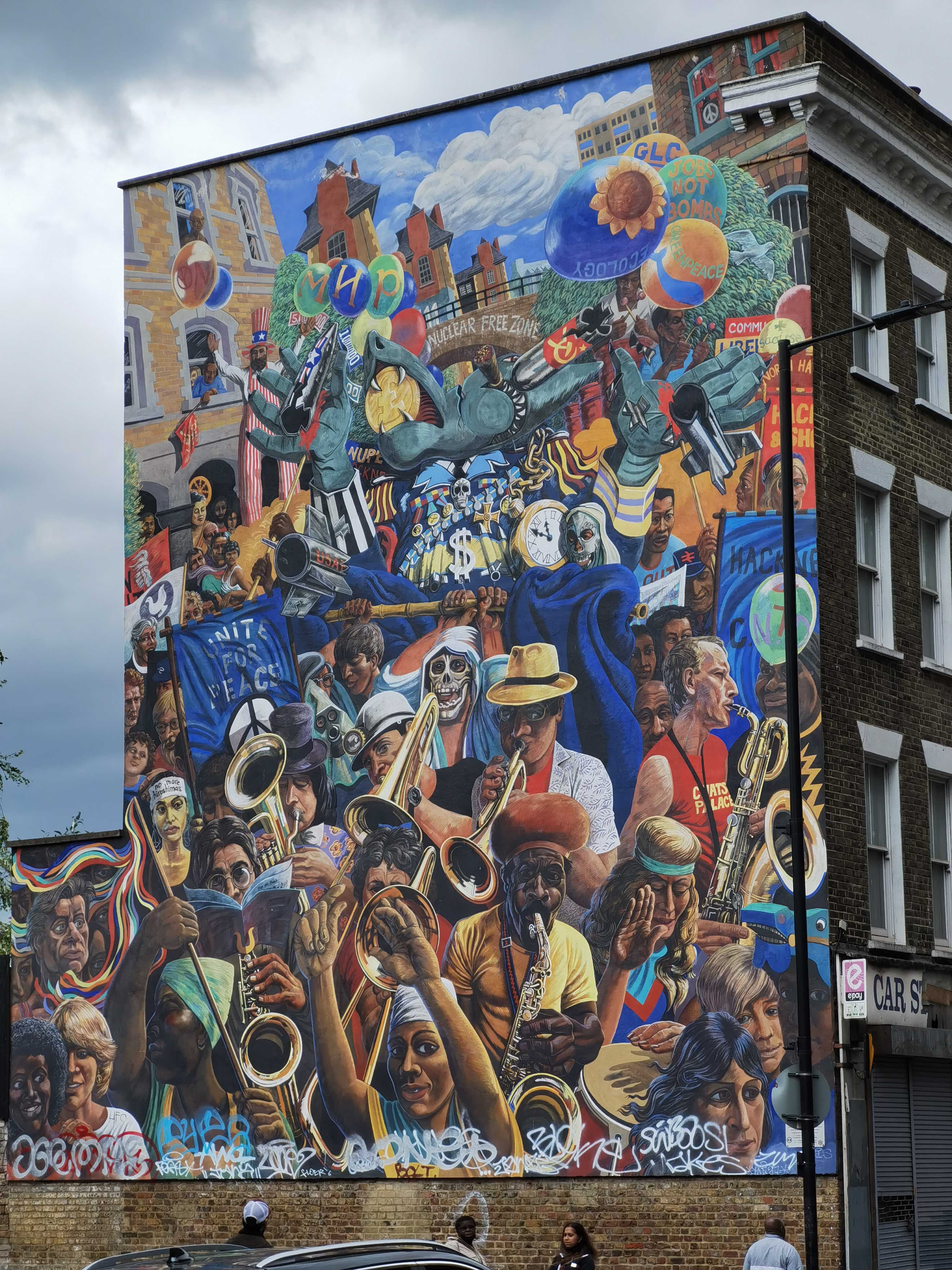 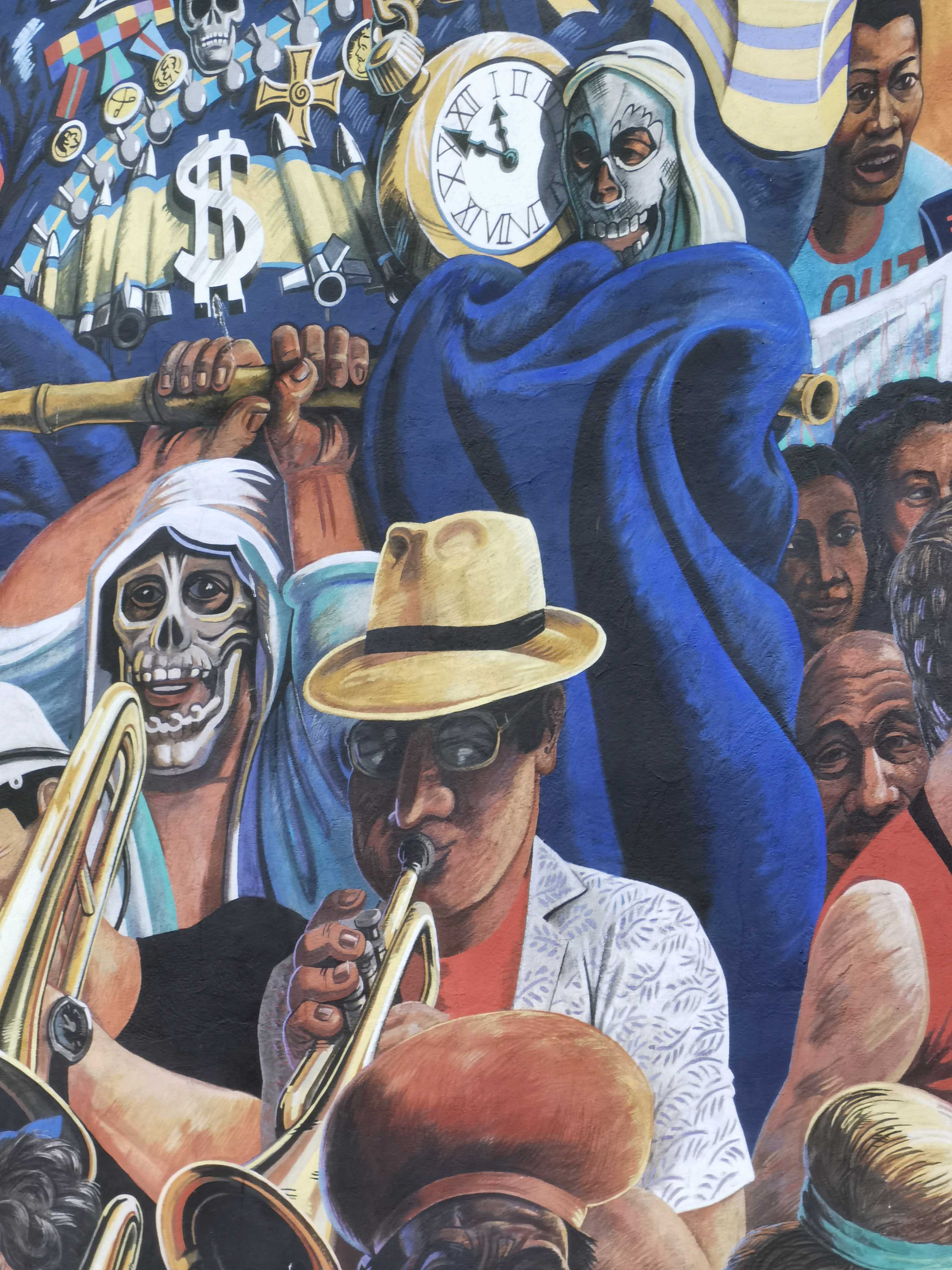 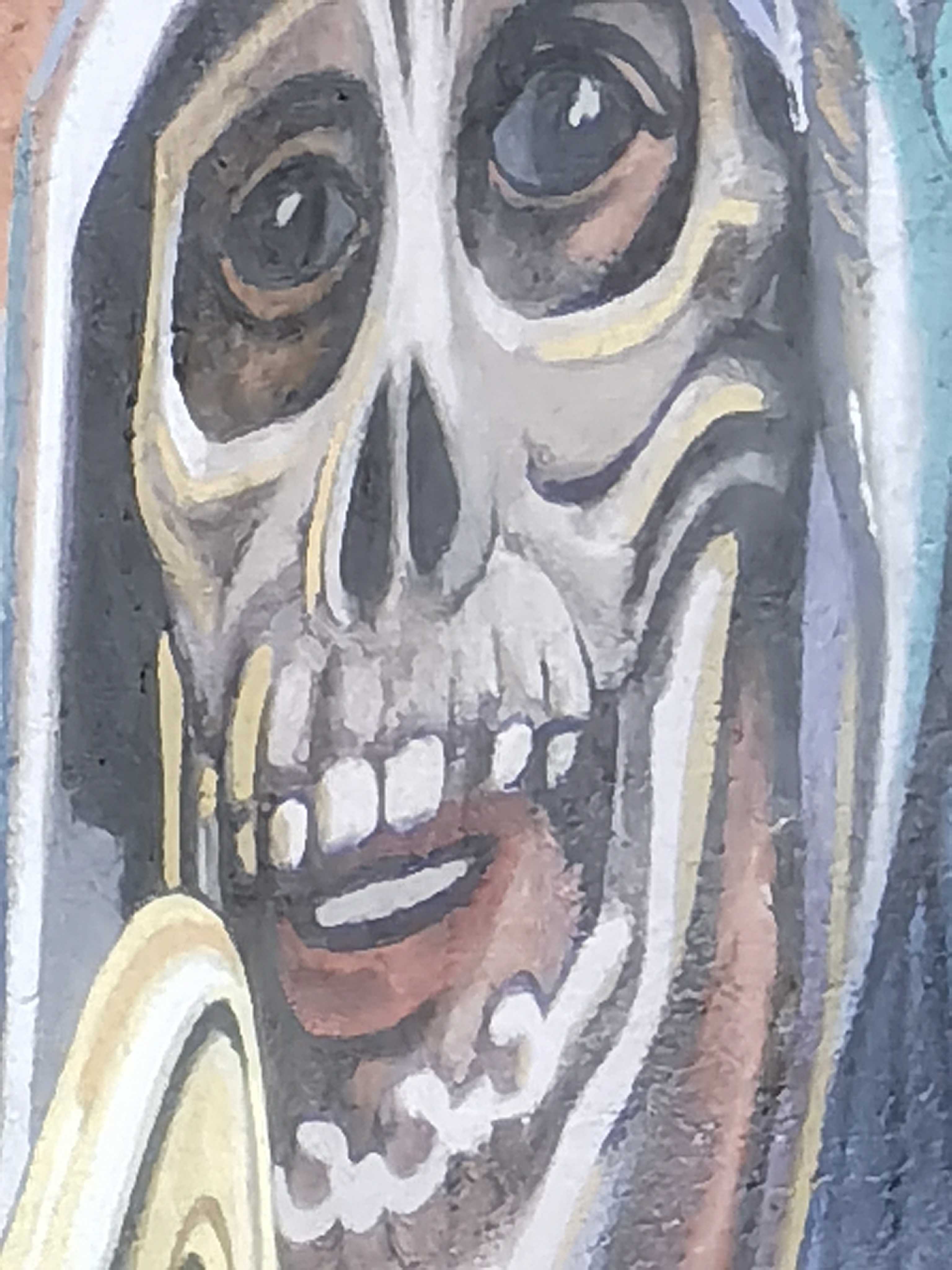 The 10x optical zoom is also fantastically noiseless – just make sure you have a steady hand. 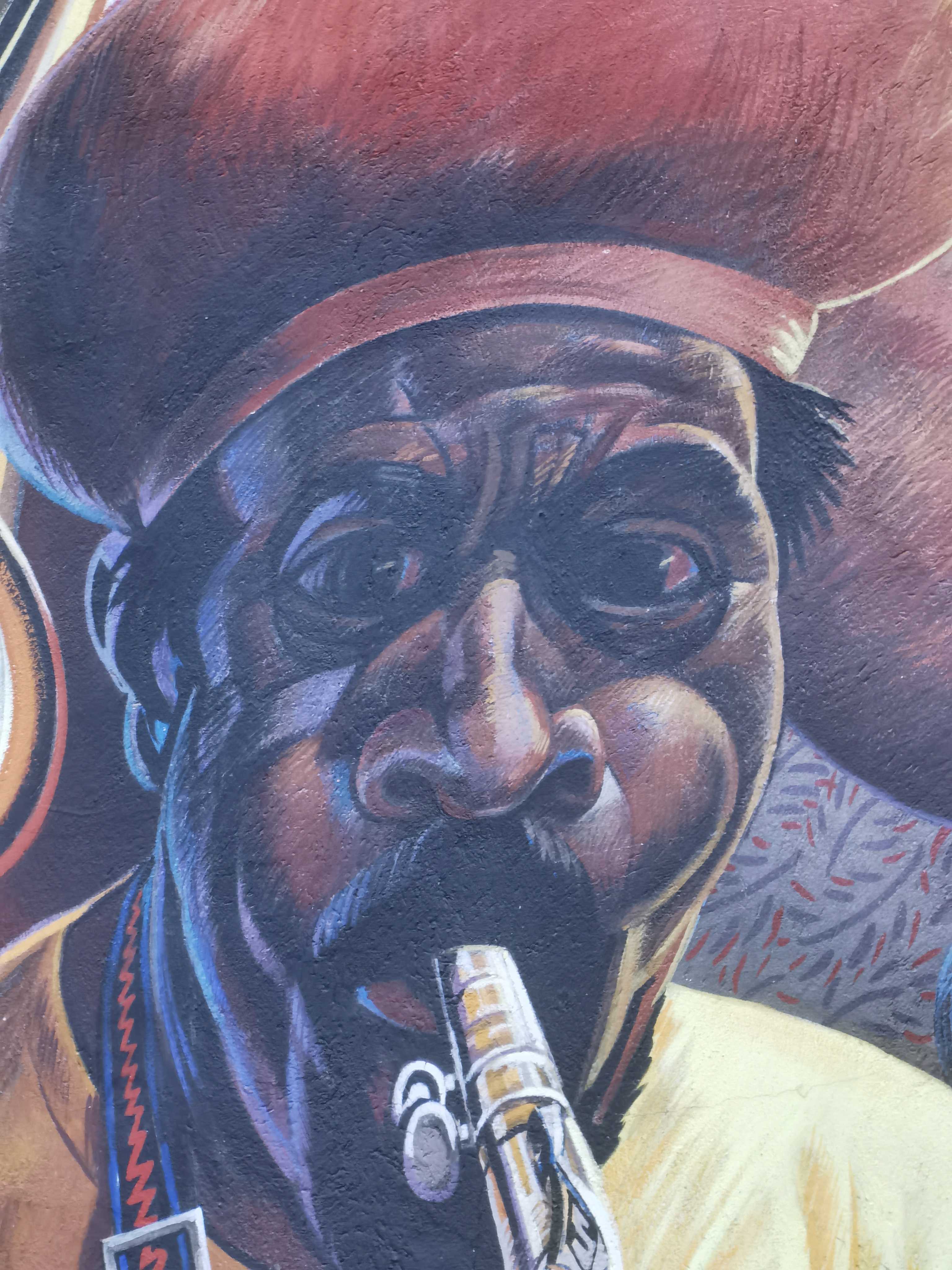 Night mode is also fantastic, sucking in light sources to create vivid shots in properly dark conditions. The below photos come from around 11PM. 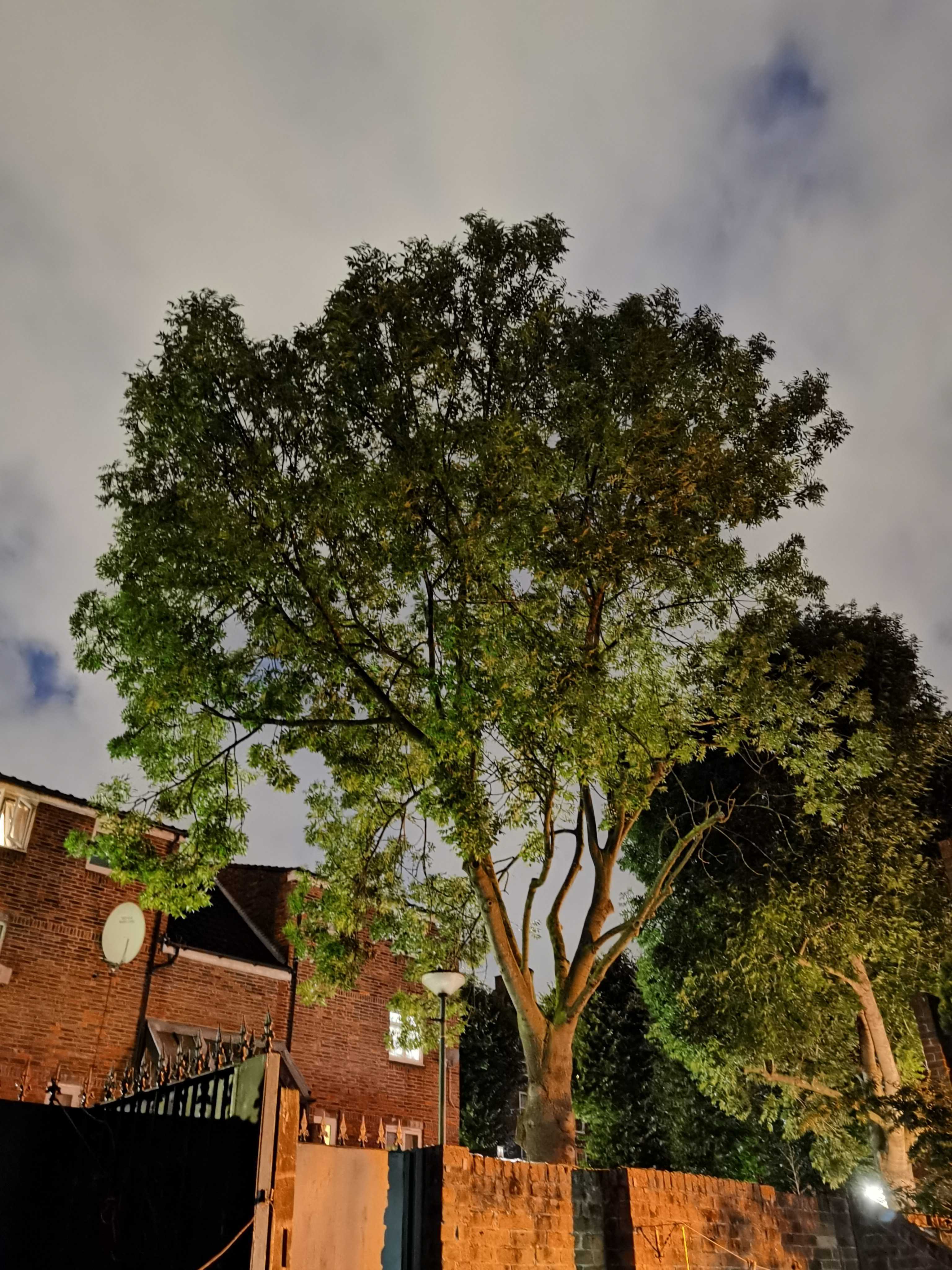 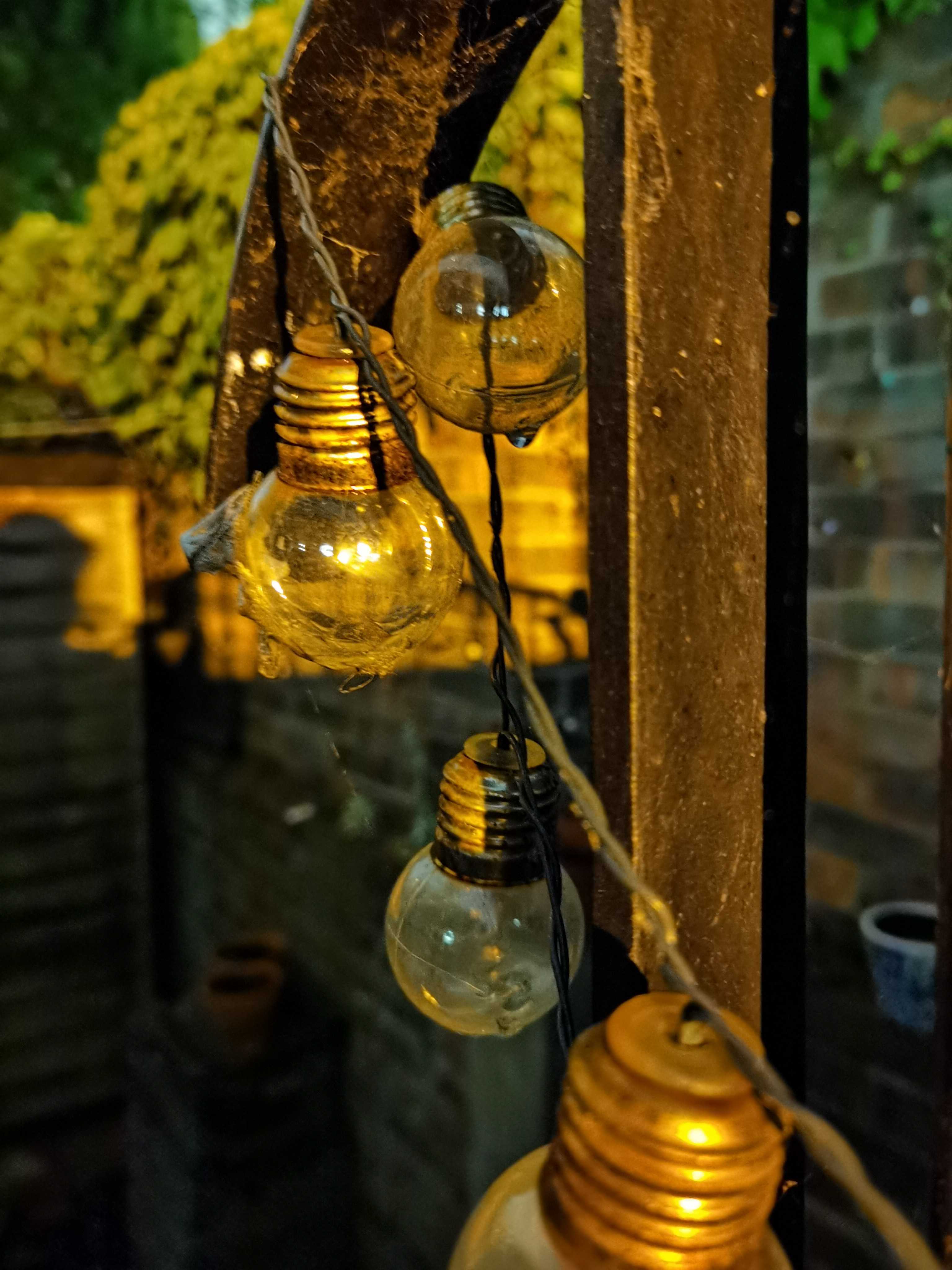 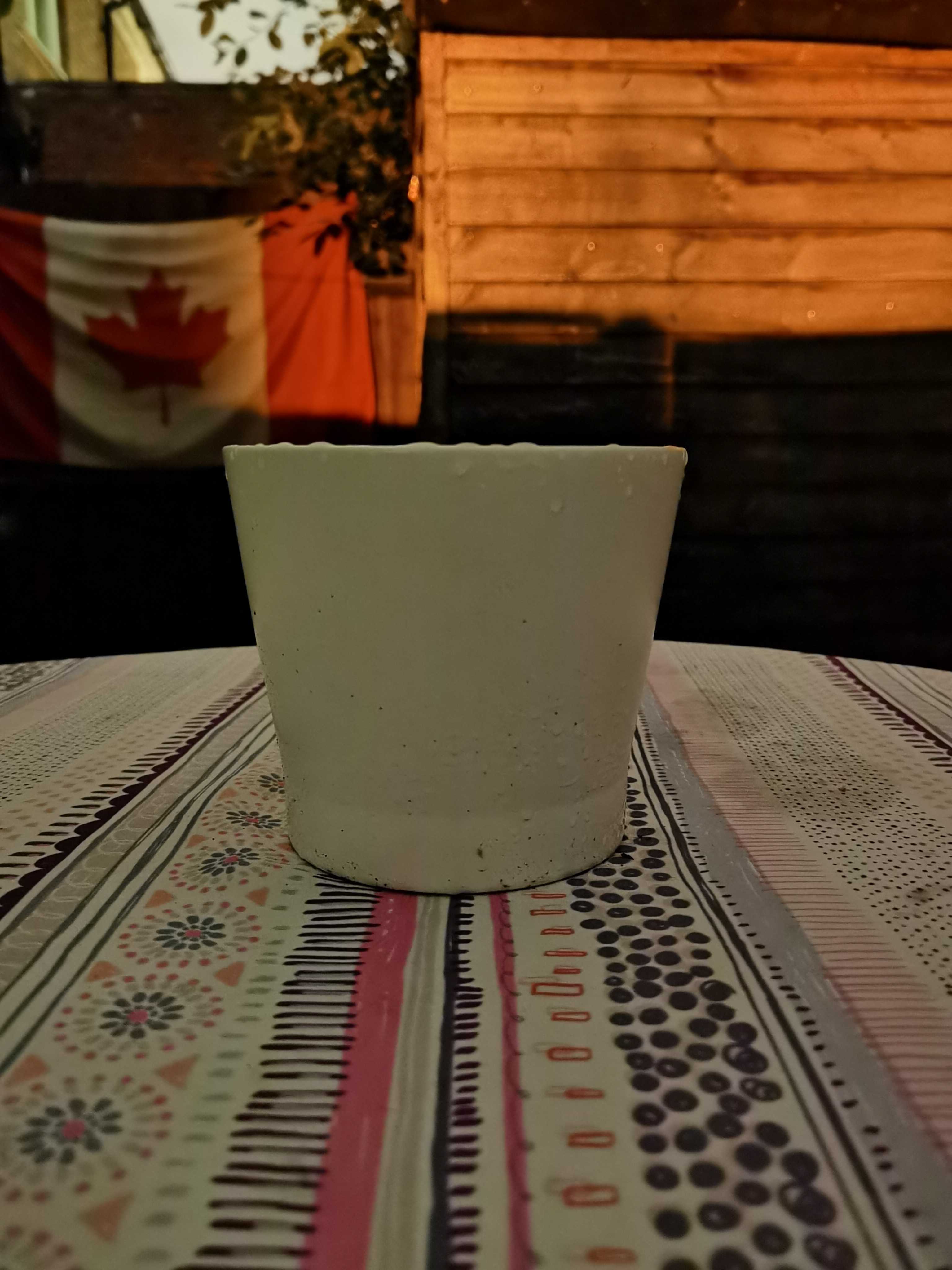 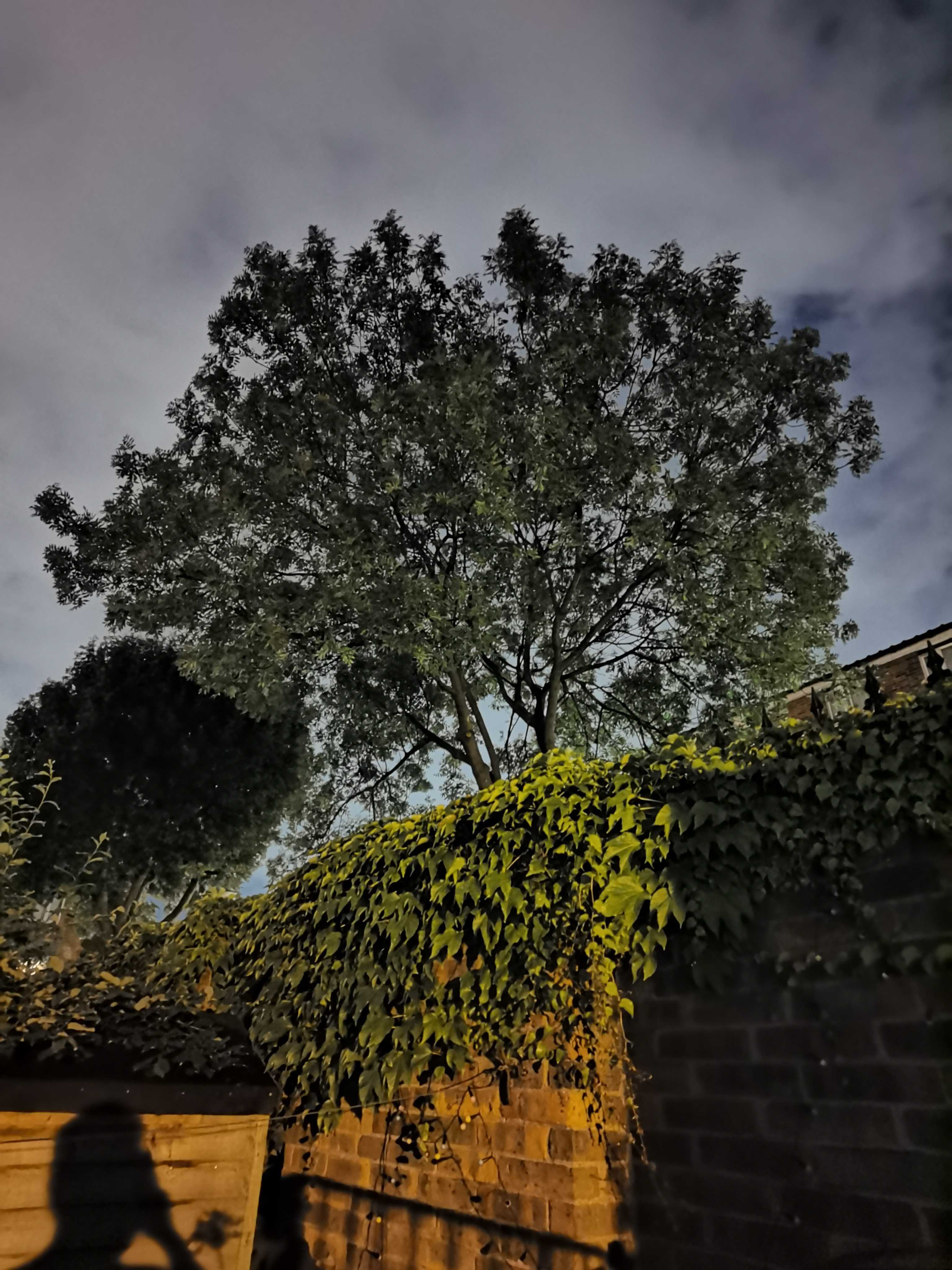 I would be remiss not to mention the 100x zoom, twice that of the P40 Pro. In this reviewer’s opinion, this level of zooming is still in the “look what we can do” stage of gimmickry. It’s difficult to keep the camera still, and it’s also difficult to find a subject that will fit in the frame at that distance without moving.

However, it is an impressive technological demonstration nonetheless. The amount of detail is obviously not massive but it’s still impressive – if you were to see a 100x zoomed picture of one of your friends on this phone, you would be able to recognise them.

It’s sad that the trade war has impacted Huawei’s devices to the extent that it has, because the P40 Pro+ really would be the complete package with Google support. As it is, it’s an incredibly powerful but drastically compromised smartphone, whose limitations will have its Android competitors breathing a sigh of relief.

Additionally, while that £1,299 price point makes it cheaper than Apple’s most expensive iPhone 11, it’s pricier than Samsung and Oppo’s latest premium offerings. Even if you’re a die-hard Huawei-head, you’ll have to have a think about whether or not 10x optical zoom, 100x hybrid zoom, twice the already large amount of storage, and a ceramic back justify the £400 difference between this phone and the P40 Pro. 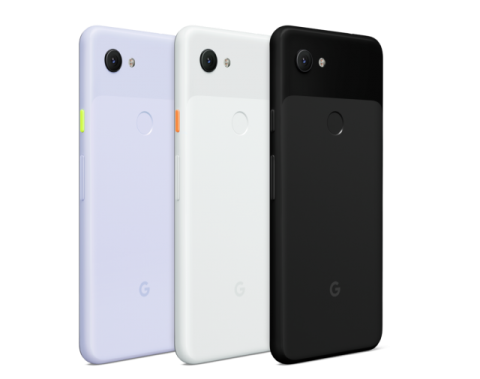 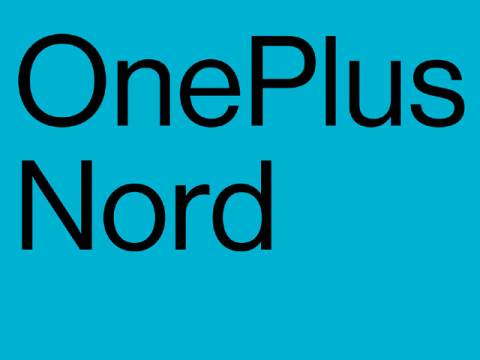