Xiaomi thinks big in UK, but can it make 10pc dreams a reality? 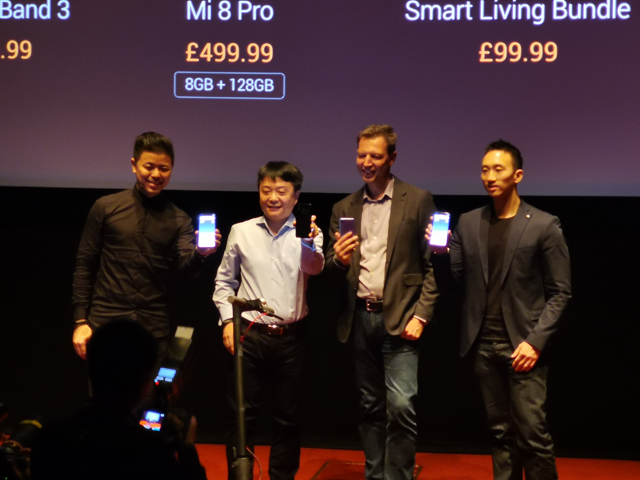 The Chinese vendor hopes to make a big splash through attractive pricing, but faces a tough market

Xiaomi is aiming to ship two million smartphones in the UK to take 10 per cent of the country’s smartphone market over the next 12 months.

An ambition that would probably secure the vendor a comfortable fourth place. Analysts speaking to Mobile News have described the target as a “stretch”, though they do expect the Chinese manufacturer to make a huge dent in the UK mobile phone market and mount a real threat to more established players.

CCS Insight chief of research Ben Wood says: “Hitting 10 per cent of the market is a real stretch given the intensity of the competition and current landscape of the UK market. We have established premium brands such as Samsung, and then you have the increasingly aggressive Huawei on its market share offensive.

“Two million devices is optimistic in the current economic climate. It’s going to need a fair wind behind them to do it.”

Canalys senior analyst Ben Stanton thinks Xiaomi can claim fourth place “quite easily” in 2019, but said that while getting 10 per cent would not be impossible, it would be “incredibly difficult”.

GfK key account director Imran Choudhary said the current state of play in the UK market is another hurdle that could trip Xiaomi up in meeting its goal: “The UK market has been stagnating, so it is making the goal more difficult. It feels a bit of an ambitious target.”

At the same time, analysts agree that the Beijing-based firm has the size, scale and ability to heavily penetrate the UK market. The company took £5.7 billion in revenues in Q3, a year-on-year surge of 49.1 per cent. Gross profit stood at £741 million, up by 24.6 per cent.

Unsurprisingly, the bulk of revenue came from smartphone sales, at £3.9 billion. Xiaomi had shipped over 100 million smartphones this year by the end of October, a target it has smashed two months early. In 2017, the company sold over 70 million smartphones in the first 10 months and 92 million across the year.

The shipment milestone places Xiaomi in the top five in 30 global smartphone markets, including first in India and Myanmar, and second in Israel and Ukraine. It debuted in Europe last year, launching in Spain, then Italy and France – where it is third, fourth and fifth, respectively. Xiaomi first expanded its footprint to India in 2014 from its initial market of China, with international expansion pushed by former Google executive and then global vice-president Hugo Barra and founder Lei Jun.

It is evident that wherever Xiaomi has gone in Europe, it has been a successful debutant. However, as analysts say, the UK market is competitive, unpredictable and stagnating. Given Xiaomi’s prepaid focus, another factor to consider is that the country’s subscribers are more hooked on contracts than the more prepaid-skewed European markets cited above.

Figures from Canalys for the past five years show how UK smartphone shipments have been gradually shrinking (see chart, page 28). The market has plateaued, following the wild days of 50 per cent annual growth between 2009 and 2013.

This has happened for a variety of reasons, including ever-increasing smartphone prices and less motivation for subscribers to upgrade because of only incremental changes to smartphone technology.

On stage at its London launch in the Barbican Centre on November 8, Xiaomi president of global business and SVP Wang Xiang reiterated the firm’s commitment to a five per cent profit margin on all products. This is aimed at helping it “give back to the customer” – in other words, sell its products at rock-bottom prices.

The value proposition is one that gives the manufacturer traction to gain market share. Wood said a gasp went up in the Barbican Centre when the flagship Mi 8 Pro was announced for retail at £499, a price that Stanton called a “sweet spot” in the UK market.

The smartphone has the processing speed of a premium flagship device and a camera ranked second on industry benchmarking website DxOMark.

“The value proposition is a hand grenade into the consumer electronics market”, said Wood. “Xiaomi is a very big threat, especially in wearables and electric scooters. For mobile phones, Xiaomi is unlike other new entrants we’ve seen and is definitely one to watch, with a huge ecosystem of products brought over as well as the attractively priced smartphones.

“Looking at its success in Italy and Spain, those markets are used to buying prepaid, which is why Xiaomi grew quick. Historically, the UK has been hooked on contracts, and Xiaomi has come in to change that game.”

However, he said, the focus of operators on contracts also means that “there’s not a great incentive for big operators to get behind them. The bigger operators don’t want retail stores to become a showroom for Xiaomi, where people would have a look and then buy online.”

Stanton labelled Xiaomi “the masters of supply and logistics”, capable of sourcing parts for devices at good prices and cleverly streamlining its product line by not releasing several different products for different markets. This is part of the reason prices are so attractive for customers.

“Attractive pricing is Xiaomi’s thing and it’s the best way to build excitement,” said Stanton. “Xiaomi is very much a global company with a unified global strategy, meaning the strategy is to have one product and sell it everywhere. That’s part of the reason why Xiaomi can be aggressive with margin structure.

“It doesn’t have different-coloured phones for specific markets. Some brands and legacy brands in Europe might have a single-SIM version and a dual-SIM one, which complicates stock issues and leads to more production. Samsung is a practitioner of this. That’s not Xiaomi’s strategy at all.”

He pointed out that apart from Chinese-specific products, the company has single global versions. “Its strategy in the UK will not differ from the one enacted in Spain, France, Italy or Greece,” he said. “It will be aggressive pricing without sacrificing quality.”

He added that the Mi 8 Pro has the potential to do well in the UK: “If the Mi 8 Pro came in at £600, I would have been sceptical about Xiaomi’s chances in the UK. But the price has come in under the OnePlus 6T and Huawei P20 Pro. It ticks all the right boxes: value, fashion and performance.”

Choudhary said further: “Time will tell if its approach is successful or not, but it’s certainly something that gives them the best chance to do well. If you look at how Xiaomi entered other markets in Europe, they’ve seen their performance pick up pretty rapidly, and I think what they done is taken a quite wise and shrewd approach in the UK given how saturated and competitive this market is.”

The current landscape in the UK market is indeed tough. Not only are consumers holding onto their smartphones for longer and thus bringing overall shipments down, but there is a plethora of players in the handset arena. But legacy manufacturers such as Sony and Alcatel are “ready to be dislodged”, said Stanton.

“Sony could be pushed out more: it now holds only two per cent share in the UK (see chart, page 26) and Alcatel can see that threat too,” said Stanton. “If you look at the products, it’ll be an even product battle, but its about who can win the brand battle. If Xiaomi can do that, I think it’s going to be very difficult to compete against for legacy brands.

“Xiaomi should be comparing itself to OnePlus and Honor: both have devices at aggressive points for specs too.”

Choudhary says a drastic change is needed from manufacturers with an established brand in the UK. “Traditional brands that have dominated the landscape really have to look to readdress their strategy and handsets. I don’t think it’s just the case of running above-the-line marketing. Consumers are now becoming more savvy and holding onto their smartphones a lot longer.

Wood says earlier efforts from Chinese vendors that have entered the UK market could pave the way for Xiaomi to have an easier time converting the “ever brand-centric UK” with its disruptive business model.

“The consumer view is changing,” says Wood. “That’s thanks to Huawei, which did OnePlus and Xiaomi a huge favour by educating the UK market that there are products from brands you won’t immediately recognise that are actually pretty good.

“It means that attention for less well-known brands has increased in the UK market. People who would initially have bought a Huawei phone with some trepidation have then found out it massively exceeds their expectations.” 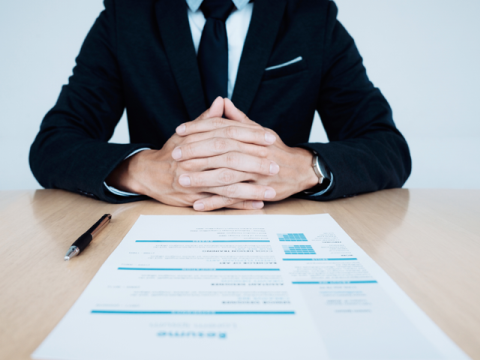 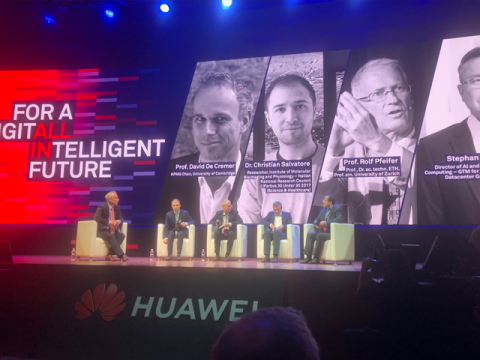 Huawei Eco-Connect Europe: Artificial intelligence potential is being dangerously overhyped, warns AI academic
According to academics the media expectations of AI applications are too high which is putting a lot of pressure on developers
Features - Paul Lipscombe 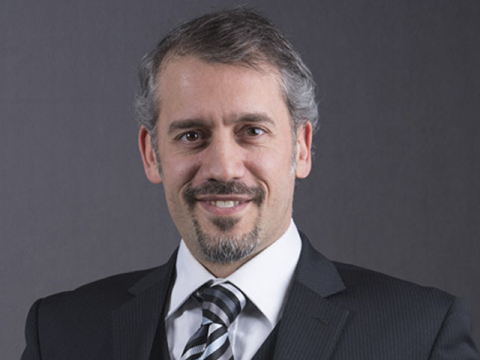