Nokia bloodbath could turn into a watershed

Manufacturer ends 30-year history on a low as profits and sales plummet in the fourth quarter; ‘New chapter begins with focus on NSN division and HERE mapping operation

Nokia’s 30-year life as a mobile phone manufacturer is over. Its once world-class mobile division is preparing for a new era under Microsoft ownership. CEO Risto Siilasmaa described the period as a “watershed moment” as it announced shocking figures for Q4.

The last three months of 2013 were a bloodbath for the devices and services. Sales collapsed by 29 per cent and revenues halved from £3 billion to £1.6 billion compared with the same period in 2012.

Nokia managed to maintain the level of feature phone sales between July and December. Although Lumia sales throughout last year were up 56 per cent to 30 million devices, sales plummeted seven per cent to 8.2 million between October and December. Around 13.3 million Lumias were sold in 2012.

Nokia blamed increased competition for the Q4 drop as well as disruption to the product line caused by ditching the obsolete Symbian operating system and moving everything over to Windows Phone.

In total, the 2012 Q4 profit of £80 million was wiped out by a staggering loss of £163 million for the same period last year. This was in addition to the £119 million wiped out during Q3. This means in the last two years Nokia’s mobile division has lost a total of  £1.7 billion.

The astounding loss was relieved by the £4.3 billion the company achieved for its sale to Microsoft. This is a tragic end to a company that was valued at £183 billion 13 years ago. In the past six years alone Nokia’s market share dropped from 40.2 per cent to 14 per cent.

New structure
Siilasmaa (pictured) tried to put a positive spin on the figures. “The fourth quarter of 2013 was a watershed moment in Nokia’s history. Having received overwhelmingly strong support from our shareholders at our extraordinary general meeting in November for the sale of our phones business to Microsoft, we are working towards defining Nokia’s future direction,” he said.

Its new structure will see Nokia focus on selling mobile broadband infrastructure to providers through its NSN (Nokia Siemens Networks) division and mapping through its HERE operation.

Nokia’s Advanced Technologies division will explore new businesses and licences of new patents.  NSN boss Rajeev Suri said Nokia will “continue to deliver innovation”  through these remaining businesses. NSN racked up sales of £2.5 billion in Q4 although this performance was down 22 per cent from the £3.28 million sales in the same period in 2012.

Suri said mobile broadband was an “area with considerable opportunity”. It sold £1.037 billion of equipment in Q3 last year, rising to £1.287 billion in Q4. The total sales by NSN in 2013 were £4.4 billion, a drop of £500 million from 2012. Suri admitted that Nokia was not happy with these results but predicted sales would improve from expected mobile broadband growth in China, the Middle East and Africa.

He said NSN was likely to become China’s biggest non-Chinese supplier of mobile broadband systems. He hinted sales would be flat for at least the first six months of this year.

But new deals to supply LTE networks  in October and December to US operator Sprint and Chinese operator China Telecom were cause for optimism about Nokia’s future. “All three of the world’s largest LTE networks use NSN tech,” Suri said.

In 2013, HERE’s sales were down 17 per cent from 2012’s £909 million to £753 million. HERE CFO & interim president Timo Ihamuotila said Nokia will develop HERE products for the connected car market, estimated to be worth £32 billion in four years.

‘Next big thing’
“HERE has strong future prospects  in the automotive sector. We intend to accelerate our investments in areas such as the connected car, automatic cars, and maps which can update in real-time. The growth in smart cars will open a new value chain. We’ll look at new licensing prospects and the potential to increase selling prices,” Ihamuotila said. He said the biggest revenue and profit potential for

Over the whole of 2013, net sales fell only one per cent, from £440 million to £436 million. The AT business is expected to benefit from Samsung’s five-year extension to its Nokia patent licence agreement, plus Nokia licensed many new patents in Q4.

“The sale of the phone business to Microsoft will not harm innovation here,” Ihamuotila said He said Nokia filed 900 patent applications last year of which around 600 came from AT. Patents licensed to Microsoft for 10 years will increase AT sales too.

It expects the Microsoft deal – which will see some Nokia patents licensed to the company for 10 years – means AT sales will rise to around £492 million by the end of 2014.

Goodbye Moto Hello Lenovo
Google sells Motorola for £1.8 million – £6 million less than it paid for it in 2012
Features - Samantha Tomaszczyk

Mobile Fun not playing games with top 50 bid
Founded 14 years ago, the mobile phone accessory etailer achieved record turnover and profits in its latest financial year and has set its sights on having a presence in the world’s dominant e-commerce markets
Features - Paul Withers 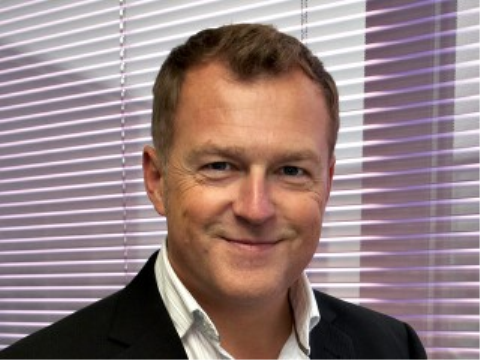 2014 predictions: Dealers
Seven B2B dealers give their thoughts on what might happen this year, including the growth of cloud-based solutions, how Microsoft’s acquisition of Nokia will pan out, the greater emphasis placed on Microsoft Office 365 and the acceleration of 4G
Features - Mobile News