IT heritage gives Micro-P the edge

Arguably its greatest triumph to date was being awarded one of two distribution agreements with Nokia; Financially, Exertis Micro-P is on the crest of a wave with turnover to the year end-March of over £500 million

Exertis Micro-P has come a long way since its stop-start entry into the mobile distribution market in 2008.

Its journey began with the £1.6 million acquisition of Portix from eXpansys the same year – a deal which equipped it will a full fleet of staff and a prestigious contract with then-Android leader HTC.

However, within three months HTC jumped ship to go all exclusive with BrightPoint (now Ingram Micro) – leaving Micro-P essentially back to square one.

“If you look at our portfolio, our line up was Dell and Acer and they were our two key product lines taking out to market.

“Clearly, hugely established distributors were out there that had the whole range of brands.”

In a market dominated by the likes of Data Select, BrightPoint and 20:20 Mobile – and the idea of convergence between IT and mobile almost nonexistent – it was viewed by many as a thankless task.

It wasn’t until 2010, when things started to take off. Micro-P (as it was until late last year) landed its first key handset distribution deal with Samsung – which launched its first Galaxy S device the same year to establish Samsung market dominance.

In the following years, LG and MOJO Maker (2012), and most recently Sony Mobile (2013) were added. But arguably its greatest triumph to date was in 2011 when Micro-P pulled off a major shock – by being awarded one of two distribution agreements with Nokia following a channel review ahead of its Windows Phone lead focus.

The achievement was made all the more significant given Nokia’s decision to axe its long-term and hugely established UK partners 20:20 Mobile (now Brightstar 2020) and Data Select in the process.

“To literally cut off your incumbent distributors who had been with you 10 years and appoint a relative newcomer who had been there a year and a half was quite an investment from their perspective. What it allowed us to do, because we had the exclusive into mobile and into retail, was absolutely scale it up off the back of that.

“It’s all well and good winning these things but unless you actually perform from an exclusive point of view, it makes it very difficult. We put the team in place from the business development management to focus on the B2B mobile channel, we started up another sales team and set up an office on Stoke. We had two sales teams, one based in the South and one based in Stoke. Then we went hell for leather in terms of attacking the market.”

Financially – Micro-P is on a crest of a wave. In 2010/11 the UK and Ireland mobile division turned over £15 million, trebling to £51 million the following year, and to £172 million a year later. Last year (ending March 31) it smashed past £500 million, culminating in sales in excess of four million (phones and tablets).

Staff numbers have also risen considerably, climbing from just seven in 2010 to 82 today – with the figure set to top 90 this year. The firm was forced to open a new dedicated mobile office to accommodate the rise in head count last year.

Woodman attributes the speedy rise in its mobile division to its IT heritage. In 2008, Micro-P switched from being focused exclusively on B2B sales by extending its reach into the consumer retail space.

As its mobile business has grown, many of those relationships from IT have crossed over into supplying mobile – with Woodman claiming to now have supply deals (without going into specifics) with just about every retailer in the UK, including Tesco and Asda.

Micro-P now has around 9,000 active customers across its entire business on an annual basis – with 4,500 of those buying on a monthly basis. Woodman claims the sales techniques used across mobile differ little to that in IT.

“I’ve been at Micro-P a long time, and all our heritage is IT. So all of the things and the way we treat customers, looking for value add and the way we conduct ourselves in the IT space, all we did was replicate that in the mobile space.

“Once we’d decided to venture into the land of retail, that’s when you’ve seen the explosion of growth over the last five years. Pre-then, we were in the region of about £280 million a year. This year (2013/14) we’re going to come in at just over £2 billion in the UK. Retail’s gone from nothing to being over 50 per cent. So we still have a huge B2B arm to our business and we’ve grown that over the same period of time, but we’ve had explosive growth in retail.”

This explosion and increased cross-selling opportunities saw the firm rebranded as Exertis Micro-P from Micro-P in late 2013. It means that the company and all its different divisions, such as X-Box distributor Exertis Gem, can speak with a “single voice”.

Woodman explained that the integration is all part of “future proofing” the business – bringing together best practice and technical skill-set together for the first time. Woodman also confirmed that the Micro-P label will eventually be phased out in the not-to-distant future.

“As Exertis Micro-P, the different companies in the group have been allowed to work together more tightly. We can use each other’s customer relationships, technical knowledge and experience to create a stronger business and to improve our overall service. It’s business as usual, but we have integrated different sectors and product sets so the reseller gains more from us.

“It makes perfect sense for suppliers and customers, so that when we go and talk to a retailer rather than having someone speak to them from GEM about X-Box, Micro-P around IT and mobile and from Advent around consumables, we can go in as one collective group and speak to them with a single voice.”

He continues: “We have developed our mobile business and have established ourselves as the top B2B and consumer distributor for the mobile reseller community, winning this year’s Mobile News Hardware Distributor Award again for the third year in a row. Now we are pushing ourselves even further, looking for growth into IT converged propositions, future proofing our business so that our partners can continue to expand and succeed.

“For Exertis Micro-P, this is about growing our own strengths, looking ahead to the future of our sector so we and our partners are in a strong position to be able to take advantage of coming opportunities, and knowing how we are going to defend both our business and help our partners defend their businesses going forward,” Woodman adds.

Another evolution of the business came about in March last year – announcing its entry in to the airtime business, something comparable rivals such as Tech Data, Ingram Micro and Brightstar 20:20 have so far avoided.

The airtime business came as part of its launch of the £150,000 online partner platform “Conect” – designed to help its 900 mobile and 9,000 IT dealers offer a simple-to-understand converged  offering (fixed, IT – such as Microsoft 365, Mobile) to end users.

It soft-launched its airtime offering with EE, Three (now removed) and Vodafone before adding O2 in April this year.

The firm had initially targeted 2,000 connections per month by the end of last year – but its head of sales for Conect Fridolin Engel admitted in April it was currently achieving around half that.

Woodman, who revealed there is a total airtime base of around 12,500 connections, expects the current monthly figure to at least treble by the end of the year – and top 5,000 per month during fiscal 2015-16.

The firm has ambitions to achieve 25 per cent of its mobile revenues and profits coming from recurring streams over the next few years.

“These 9,000 resellers are managing the IT structure for all the big and small corporates out there and as we start to see the Windows ecosystem start to take hold, the phone starts to become an integral part.

Therefore, if they’re managing the IT infrastructure, why should they not be asking the same question in terms of what do you want tablet, what do you want handset and if you are buying airtime, can you at least give us the ability to quote on it and we can then help them come back with a credible offer.

“Talking to them initially, about clawback, about giving £450 devices away but they then recover it over the next 21 months, the appetite was not there.

“So, we had to make it as easy as possible. What the Conect platform does is basically allow them to drag and drop components of a contract into a quote; it will work out the GP levels for them, makes the quote in terms of quote tracking, it will spit out the quotations, so they can send that through to the customer.

“You are entering a new customer base, IT. You can’t just go and steal customers off other distributors who are locked in via rev share, so you are growing it organically, as opposed to just stealing business from other distributors.”

Woodman says the firm is number one in UK distribution and plans to stay there, but says hard figures to prove this are difficult to come by.

Woodman says in five year’s time the firm wants a footprint in numerous territories across the world.

“We’ve had some really good success from the way we’ve approached mobile differently from the rest of the market. We’re looking now at how we can replicate that across our Irish organisation, we’re looking also in terms of how we can take our ideas and thoughts into the European markets and beyond.

“It’s key for the UK but also key for how we can establish ourselves in different territories and how we can replicate the model that we’ve developed over here.

“Now, the play for us is to move into Europe, replicate what we’re doing here and then start to look at a broader piece across the world. 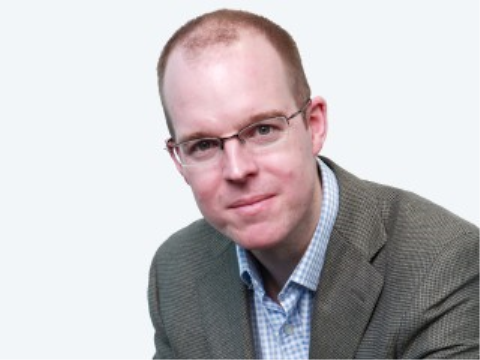 Amazon has all guns blazing for the Fire
But is it just another smartphone with ‘quirky little features’? Is it too expensive or just too late?
Features - Paul Withers 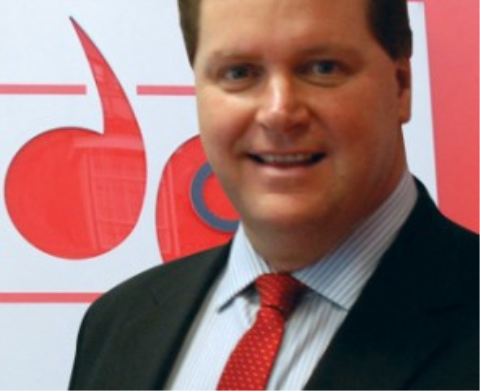 Getting To Know You: Bob Sweetlove
In a Mobile News first, we decided to leave out the more familiar hard hitting questions around performance and financials to take time to get to know the real Bob Sweetlove
Features - Mobile News 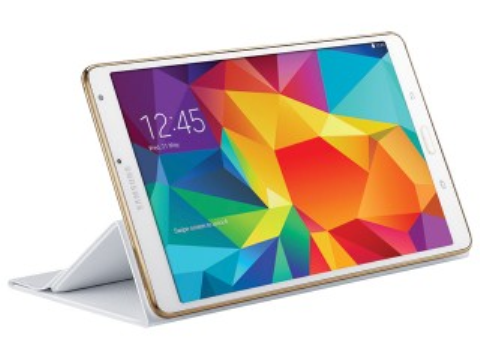