iPhone 6 is an evolution not revolution for Apple

The industry has been left largely underwhelmed by the launch of the new iPhones, bemoaning the company’s transition from an innovator to a follower brand.

Apple unveiled the iPhone 6 and iPhone 6 Plus at an event attended by 2,500 people at the Flint Centre in Cupertino, California, on September 9.

Standout features were bigger screens – the iPhone 6 has a 4.7-inch screen, with the display on the iPhone 6 Plus measuring 5.5-inches. This compares to the four-inch screen featured on the previous flagship model from a year ago, the iPhone 5s.

The curved edges on the new models were also a big talking point, with some claiming it differentiates it clearly from the 5s when they are placed next to each other.

Other aspects that caught the eye were the Apple Watch – the manufacturer’s first foray into the smartwatch market – and Apple Pay, its newly-introduced NFC platform to enable consumers to pay for items at retailer counters using their Apple devices.

Much hype had been built around the new releases, with chief executive Tim teasing the new devices over the past few months.

On July 22, Apple announced its financial results for the three months to June 28 and Cook proclaimed: “We are incredibly excited about the upcoming releases of iOS 8 and OS X Yosemite, as well as other new products and services that we can’t wait to introduce.”

Under pressure
Despite selling nearly 500 million iPhones since the launch of the first in 2007, Apple has also come under pressure to release mobile products that will “wow” consumers, and a fall in market share backs this. Over the past three years, it’s global OS market share has fallen year-on-year, from 18.3 per cent in Q2 2011 to 11.7 per cent in Q2 2014, according to IDC.

On the other hand, its main rival Android has enjoyed phenomenal success in the same time frame, increasing its market share every year from 36.1 per cent three years ago to 84.7 per cent now, demonstrating the stranglehold it holds over Apple.

In the UK however, Apple’s OS market share has remained relatively stable, albeit slightly down. In the three months to the end of July, it held 28.6 per cent of the market, down by just 0.8 per cent, but Android’s share has risen 2.5 per cent over the 12 months to 59.5 per cent.

It shows that despite almost 500 million iPhones being sold in seven years, Apple is under pressure to maintain a challenge and reaffirm its second place in the smartphone space.

Cook talked up the new iPhones in a press release that detailed the new announcements: “The iPhone 6 and iPhone 6 Plus are the biggest advancements in iPhone history. The iPhone is the most-loved smartphone in the world with the highest customer satisfaction in the industry and we are making it much better in every way. Only Apple can combine the best hardware, software and services at this unprecedented level and we think customers are going to love it.”

In an interview with The Wall Street Journal following the launch event, he proclaimed: “Innovation is alive and well at Apple. You can scream it from the rooftops.”

Underwhelming
Some industry personnel we spoke to disagree with Cook’s claims. CCS Insight smart devices and pricing analyst Jasdeep Badyal claimed that despite slight modifications to their design, the new iPhones are almost identical to the iPhone 5s, with their launch overshadowed by the bigger Apple Pay and Apple Watch announcements.

He also accused the technology giant of being too slow to market with large screen phones, something that has turned it from an innovator to more of a follower.

“Apple was under some pressure to deliver after all the talk from Tim Cook promising amazing new products. If you put the specs side-by-side with the iPhone 5s to compare, they are pretty much identical. The major announcements are Apple Pay and Apple Watch, rather than the new iPhones themselves.

“They have been leaders in the past but are now a follower, releasing larger screen phones and a smartwatch a while after everyone else. It’s not typical of Apple to innovate too much from device to device. Differentiation is becoming a major problem.”

Gartner research director Roberta Cozza praised Apple for widening its device portfolio with the release of bigger iPhone screens, but said it did nothing to surprise the market.

“The larger display was needed but there is nothing revolutionary on the new iPhones. The market has reached a level of maturity so it is very hard to “wow” consumers now with the latest revolutionary features.

Dealer disappointment
B2B dealers also expressed disappointment at the lack of innovation shown by the manufacturer. Aerial Business Communications managing director Paul Davis said he only felt Apple had innovated after seeing the announcement of the Apple Watch, labelling the iPhones as a “progression geared towards the norm”.

Next Communications managing director Mark Finlayson admitted they were nice looking pieces of kit but added: “I’m a bit underwhelmed – they have repackaged the iPhone 5s with a bigger screen.”

However, not everyone shared that view. Sprint Communications Systems managing director Paul Leonard said Apple had done enough on design to differentiate itself from recent device releases, claiming Apple has now stepped up to the next evolutionary stage in iPhone development.

Evolutionary step
“With the rounded edges, it is more of a draconian change because it goes away from where they were and goes back towards the iPhone 3. It is a different enough handset to step up to the next evolutionary stage of the Apple iPhone.”

One of his criticisms however was around the lack of innovation shown by the manufacturer within the new devices themselves, bemoaning it for reinventing current services and not making Apple Pay available across multiple platforms.

“It’s a shame Apple has to reinvent things already out there so they can keep them within their ring-fenced OS. It’s also disappointing they are keeping Apple Pay for themselves. We will be rolling out their technology, as well as other contactless payment schemes. They could have adopted things already here but it’s the closed OS mentality showing its face again.”

There were also some that praised the potential of the larger 4.7-inch and 5.5-inch screens, with them being a key driver in helping the company gain market share and preventing long-time users churning to Android in search of bigger smartphone screens.

Canalys senior analyst Tim Coulling was impressed with the slight changes made to the look and feel of the new models, and said that by improving the size of the screen, Apple will change the minds of those looking to switch to Android in search of a device with a bigger screen.

“Apple has clearly focused heavily on design, going for even lighter and thinner models of iPhone. Both new devices look very good. The industrial design looks a little bit sleeker and it doesn’t have the chamfered edges of previous models, which really helps distinguish it.

“Clearly, the more mainstream device is the 4.7-inch display. By going larger, Apple will counteract a lot of their users who may have been looking to move to Android in order to get a larger screen.”

Ovum senior analyst Paul Lambert said Apple can justify Cook’s claims that it has the best devices available, and praised the release of devices with bigger screens enabling them to stretch its portfolio across multiple tiers.

He also claimed mobile operators, struggling to find new revenue routes, will be one of the big beneficiaries, as consumers will require more data on more expensive tariffs to satisfy their needs for increased web browsing, as well as viewing multimedia content.

“The new devices show how Apple has moved on from the one-fits-all approach to the market to looking at making devices for specific segments,” he said.

“Apple can justifiably make the claim that its phones are the best devices on the market. This is a huge announcement for them. It is a major refresh for its products and is a really big development, not only for Apple, but also for the mobile industry, as the bigger screens  will encourage more browsing and data usage.

“With the older Apple devices already available, its range now covers a wider market, making Apple more affordable.”
Gartner’s Cozza says the move from Apple to release its first phablet in the iPhone 6 Plus will be a worry for rivals such as Samsung, which has released several larger-screen phones in its Galaxy Note range and marketed this as a key point of difference in the market place.

Samsung released its first in this range,  the 5.3-inch Galaxy Note N7000, in September 2011. It has released a Galaxy Note every year since.

Its most successful release was the Galaxy Note 3 in September last year, with sales topping 10 million globally in its first two months on sale.

This month at IFA in Berlin, it announced the Galaxy Note 4, which will go on sale globally from next month. “Apple releasing a smartphone with a larger screen poses challenges to the others, namely Samsung, which has made these larger displays a big differentiator at the high-end of the market,” she said. 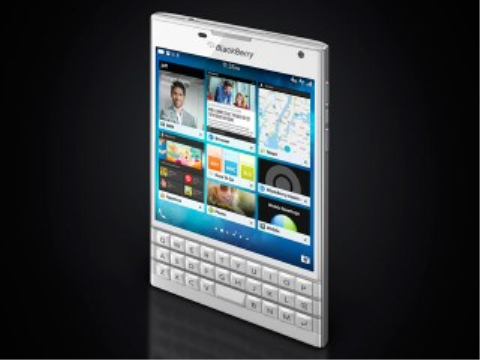