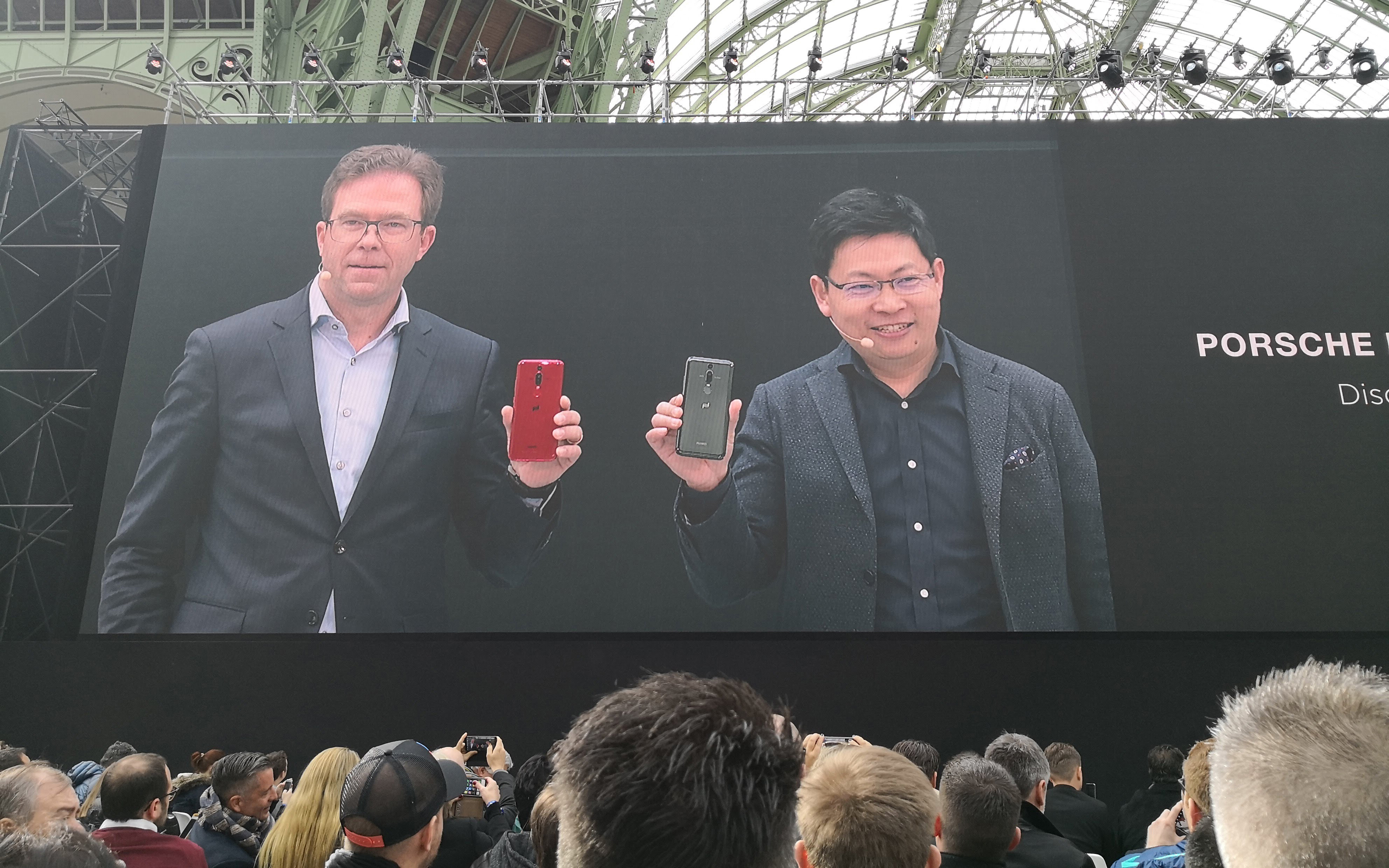 Tech giant aims to follow incredible year with 15-20m shipments of P20 in next 12 months.

The name ‘Huawei’ was not widely known seven years ago, as the quiet technology giant worked in the background of telecoms building infrastructure making sure phone calls connected.

Despite the difficulty for overseas markets to pronounce the brand name, Huawei has seen incredible success since entering the consumer battle royale.

The consumer arm, including sub-brand Honor, made £26.7 billion last year, marking 31.9 per cent in growth contributing to £68.1 billion in total revenue for 2017 .

It aims to be the top manufacturer in the world in device shipments by the end of 2021. It has struck major operator partnerships with the likes of Deutsche Telekom, Telefonica and Orange.

Huawei is looking to ship 20 million units of its P20 range in Europe, spearheading its ambitions in what is expected to be another fruitful year.

The target was laid out by Huawei president of handsets product line Kevin Ho, speaking to a panel of journalists at the P20 launch.

Ho backed up his ambitious target by stating strong partner connections with retailers and operators in Europe, and the dual flagship device strategy – selling the Mate series alongside the P series.

The target would double the number the manufacturer shipped worldwide with the P9 range in 2016.

The P9 and P9 Plus were the first smartphones ranged by all Huawei quiet rise gathering pace despite American setback Tech giant aims to follow incredible year with 15-20m shipments of P20 in next 12 months four major UK operators.

Huawei spent £10 million on marketing for the range which saw Hollywood actors Henry Cavill and Scarlett Johansson employed for the advertising campaign.

“The Mate 10 series and P20 launches are very close but our portfolio strategy states the P20 and Mate 10 are totally different products.

We launched our Mate 10 series mainly for business professionals. The first product to use the Kirin 970 processor was the Mate 10.

“So on the back of leasing technology from the Mate 10 we launched the P20 series. This phone has leading technology, design and camera with the three camera system.”

Huawei consumer business group CEO Richard Yu (pictured above on the right) unveiled the manufacturer’s latest flagship, the P20 range, in late March to an audience of 2,000 at the Grand Palais exhibition hall and museum complex in Paris.

Yu reaffirmed Huawei’s ambition to be the top manufacturer in the world by 2021, despite failure earlier in the year to seal ranging deals with US carrier AT&T before in January.

Pressed on concerns over Huawei’s market position compared with Samsung and Apple, he said: “Even without the United States market we’ll be number one in the world.”

On stage in Paris, Yu cut a very different figure to the one who unveiled the Mate 10 Pro in Las Vegas at CES, when he was visibly disturbed addressing the death of the deal with major operator AT&T. This time, a beaming Yu highlighted the manufacturer’s achievements so far.

More than 153 million smartphones were sold last year (including sub-brand Honor) improving on the 139 million shipped in 2016 when launching the P9 flagship range.

Yu said the vendor “remained strong” as it reaffirmed its position in the top three. “With our partners and customers we remain strong in growth with 153 million smartphones sold globally. We consolidated our top-three smartphone supplier position and we’re continuing to grow.

“We started our brand journey seven years ago with no one knowing Huawei.”

According to the 2017 EU Industrial Research and Development Scoreboard, Huawei spends £10.1 billion in the development of technology, ranking sixth, sitting above Apple but two places below Samsung.

Occupying the top three are Volkswagen, Google parent firm Alphabet and Microsoft. Yu said spend increased 20 per cent year-on-year and vows to do so next year.

“We continue to increase our research and development (R and D) investment – last year we are ranked as one of the top six companies in the world to invest heavily in R and D.

We spent over $10 billion last year in R and D and we continue to increase the figure by 20 per cent every year.

Huawei and US operator AT&T were to seal a deal to have Huawei smartphones sold in the United States through its first carrier.

The deal collapsed at the eleventh hour amid espionage concerns and pressure from the US government, dealing a massive blow to Huawei’s global growth ambitions.

The deal would have seen the Huawei Mate 10 Pro ranged across 16,000 locations in the US.

According to Reuters, AT&T were pressured to drop the deal after members of the US Senate and House intelligence committees sent a letter in December to the Federal Communications Commission (FCC) stating concerns over Huawei’s intention to launch consumer products in a major US mobile network operator.

The letter was penned by 18 lawmakers and addressed to FCC chairman Ajit Pai. It highlighted concerns about “Chinese espionage in general, and Huawei’s role in that espionage in particular.”

Huawei said in a statement: “The U.S. market presents unique challenges for Huawei, and while the Huawei Mate 10 Pro will not be sold by U.S. carriers, we remain committed to this market now and in the future.”

Yu was quoted by CNBC saying competitors are using “some political way … to try to kick us out from the US market.

All major UK operators have confirmed stocking of the range, as well as Carphone Warehouse and Fonehouse. Pre-orders before release day on April 6 qualified for a free pair of Bose QC35 ii wireless headphones that retail for £329.95.

The P20 has a 5.8-inch screen and the P20 Pro boasts a 6.1-inch screen with both handsets housing ‘FullView’ displays, and feature thick glass backs.

Powering the P20 range is the 2.4GHz octa-core Kirin 970 chip, which Huawei says is the first smartphone chipset with a neural network processing unit to run artificial intelligence features.

RAM stands at 4GB for the P20 and 6GB for the Pro, while 128GB internal memory serves both.

The P20 Pro features the world’s first triple camera setup that boasts a 40MP RGB sensor, 20MP monochrome shooter and an 8MP sensor with a telephoto lens on the rear of the device.

The main snapper is capable of five times hybrid zoom, meaning clearer photos despite the zoom.

Both devices feature a 24MP front camera and 960fps super slow motion and ‘Ultra Snapshot’ mode that can capture an image in 0.3 seconds by pressing the volume down button, even when the screen is off. 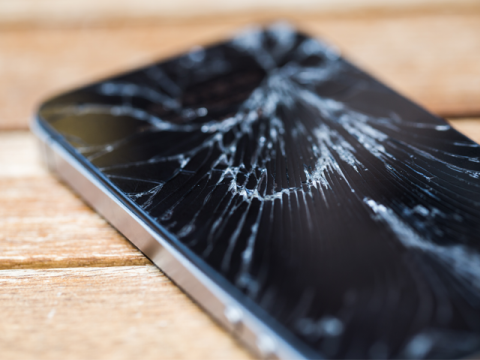 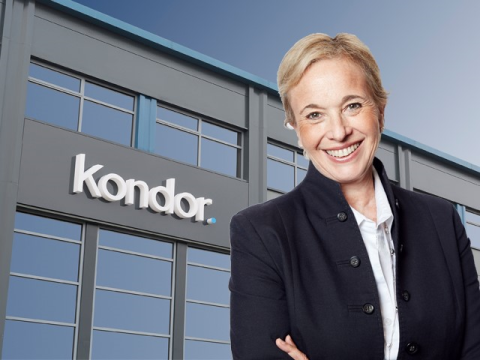 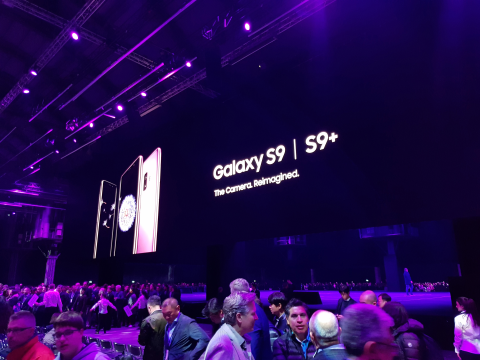 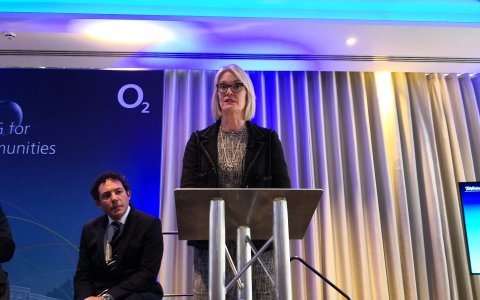