Honor for the brave 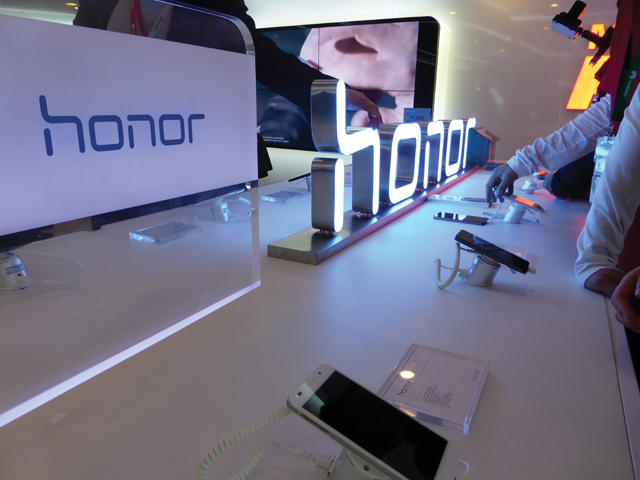 The mobile phone landscape is changing.

With the high street growing ever quieter and the images of boarded up windows more prominent, opportunities around e-commerce continue to prosper.

In fact, this year alone, globally, we’re expected to spend upwards of $1.7 trillion online – and handset manufacturers are moving quickly to ensure they secure their slice of the proverbial.

The cost saving benefits of online have resulted in a wave of new market entrants – many which are now impossible to ignore.

The two most notable brands, both from China, include self proclaimed ‘flagship killer’ OnePlus – which until April required you to get an invite before you could buy its OnePlus One handset. Another, and arguably the most vocal of all, is Xiaomi (see graphic below) – which sold a staggering 61 million units last year – that’s two million more than LG.

Not to be outdone, fellow countryman Huawei is making its presence felt with its own e-commerce play, using the brand name Honor. And expectations are high.

“Everyone was quite amazed by what [Xiaomi] did in such a short space of time and absolutely we wanted to establish an e-commerce strategy,” explained recently appointed Honor UK and Ireland head Nicola Philbin.

“You can compare us to the new Chinese vendors, but we feel we have a distinct advantage over them as we have the international global platform with Huawei. There’s no one in the market that can offer the same proposition as Honor.”

The Honor brand was first unveiled at the end of 2013, with the name chosen after successful sales of the Huawei Honor U8860 handset first released in 2001.

“The name Honor got a lot of traction and did quite well over here [the UK],” Philbin explained.

“However it did very, very well in China so we decided to use that name as our e-commerce strategy and our sub-brand.”

The brand certainly caught the attentions of its home-market, achieving sales of 20 million in its first full financial year, and revenues of $2.4 billion.

In October 2014 the brand moved beyond China, going international for the first time. Honor quickly set up websites (www.hihonor.co.uk for example) and established distribution deals to offer its portfolio of handsets across 70 markets, including the UK.

Philbin explained of the 20 million sales in 2014, around 1.5 million were international.

However, with its growing popularity in China and the expansion of its markets, Honor expects to see sales reach 40 million this year, with international numbers more than trebling to six million. Combined with Huawei, that’s a global target of more than 140 million smartphones.

“We have seen massive growth within a year and we expect that to continue,” said Philbin who spent almost a decade with Huawei. “The target for this year is to go to 40 million handsets and internationally from 1.5 million last year to six million and we are absolutely on track.

“We are at the beginning, but I’m very excited. Honor has already successfully executed a very strong strategy in Asia region and we will aim to replicate some of that success here.”

So what’s the secret to its early success? The answer is relatively simple: value for money.

But Honor is not a budget brand, at least not in the traditional sense.

Philbin explained Honor handsets are primarily targeted towards the 18-30 demographic, something clearly reflected in its marketing (which we’ll come to).

This, she insists, differs from the more traditional Huawei customer, describing the parent brands as the “premium end”,  meaning the two are not in direct competition – at least not in public.

“I would say Huawei is more aimed at the business elite, the more mature demographic, someone with a bit more cash in their pocket and wants the best,” said Philbin.

“Honor is a more affordable proposition as a result of our e-commerce business model. We are aiming at a younger demographic than Huawei, more of a digital native. Academic age, where Huawei is more towards the young business professional. We definitely have a distinction between the demographic.”

However, despite price being a key USP for Honor, this is not at the expense of quality. Far from it she argues, with Honor able to feed off everything (R&D, technology patents etc) that has made Huawei come from nowhere to become the world’s fourth – and occasionally third – biggest global manufacturer.

With fewer overheads and an online strategy, savings are able to be passed onto its handsets. So much so, Philbin claims its high end devices, such as the Honor 6+ have the specification to compete with the “best of the best” the market has to offer – without the price-tag.

“The reason we are able to offer such a strong proposition to the consumer is because we are doing the e-commerce model,” Philbin explained. “Honor is a sub-brand of Huawei and the great thing about the company is we have all the benefits of Huawei, such asusing the R&D resources, the same production team and so on.

“We can really leverage off the fundamental strengths of the company. Because our model is an e-commerce one, we can have a much leaner organisation which means savings can be passed on. You can compare the specifications of our handsets against any tier one high-end device. The big difference is what the consumer will pay for it.”

UK and Europe Honor first arrived in the UK last October having launched its own website and signed up online retailer Amazon to help drive awareness and sales.

Huawei has made its own e-commerce move with Honor

However, Philbin is no fool when it comes to the difficulties in breaking the UK. Huawei, who entered the UK market under its own brand five years ago, has struggled to make a significant impact, accounting for around one per cent share today.

In Europe the story is very different. Markets such as Germany, Spain, Italy, Netherlands, Belgium and Germany have responded well to Huawei and Honor, with combined share in some regions nearing double digits.

Philbin revealed overall share in Europe stands at around five per cent, a figure expected to top 15 per cent within three years.

The reason for the differences she says, is down to the UK being a predominantly operator-led market, something which is not the case elsewhere where handsets are often purchased independent of the airtime providers (SIM free).

Discussing the dominance of Samsung and Apple in the UK, around 60 per cent combined, she said: “If you compare the UK to Europe, there are very few [markets] with has the same level of monopoly you see here. Europe is more of an open market.”

The differentiation for the UK has resulted in Honor relaxing its e-commerce focus somewhat.

While insisting e-commerce remains its core focus, in May this year, it signed its first and only UK network operator deal with Three for its Honor 6+ and will shortly be stocking the next device, the Honor 7+ launched last week.

Philbin explained it’s important for UK customers to have the ability and option of physically handling its handsets before buying – particularly given its new to market status.

“Our strategy has changed marginally over the past year,” Philbin explained. “When we launched last year it was very much just e-commerce, however we do now have offline strategic partners. We know it’s very important to enable consumers  to be able to touch and feel and experience the devices. The strategy this year is to keep it at one network operator and one retailer, as I’ve said, the main focus will always be e-commerce.”

With an e-commerce strategy, it’s perhaps little surprise that social media will play a key role in marketing the brand – with Philbin ruling out mass-market campaigns.

“You won’t see us doing a TV campaign,” she explained shaking her head. “It’s not part of our strategy, absolutely not.”

But that doesn’t mean Honor will simply be sending out tweets and updating its Facebook page in hope people will see it. Instead, Honor wants a more direct interaction with its customers – or “fans” as Philbin describes them. For example, its “fans” were invited to the Honor 7 launch party in London last week to try out the device as well as enjoy complimentary food, drink and live entertainment.

Importantly, they were also offered the opportunity to test and provide feedback on its products, something Philbin says is essential when building future products.

“We are engaging with consumers directly because everything we do is about them,” she said.

Home of the brave

The underlying theme of Honor, which will feature heavily in its marketing, centres around bravery – daring customers to try something new. Its website carries the message “Are you brave enough to be yourself when everyone else is being everyone else.”

Philbin described the UK market as being fashion led– noting it’s not always the best quality handsets which dominate the market, without naming names. She also acknowledges the difficulties in trying to compete with market leaders Apple and Samsung, and as a result its marketing has to be more targeted.

To do this, and keeping with the “brave” theme, Honor has aligned itself with extreme sporting events as well as its participants.

The manufacturer was a major sponsor for the extreme sporting festival, FISE World Series held in China, Kuala Lumpur, Malaysia and more recently in Montpellier.

It has also teamed up with British BMX stunt rider Mark Webb who has become an ambassador for the brand. It also plans to sponsor other fun sporting events, such as ‘colour runs’ where participants are doused from head to toe in different colours.

Honor hopes the association will help customers resonate with the brand and take the “brave” move of standing out with an Honor device rather than blend in with the rest of the crowd.

“It’s about building the confidence of the brand in a creative way,” said Philbin.

“We are all about doing things differently, we don’t want to follow what our competitors are doing. We are not going to do TV, but what we will do is what we consider as good marketing events and it’s all centred around the Honor fan base.

“We are focused on the acquisition of fans, so we can engage with them and build their confidence. Over time we hope they will be confident and be brave enough to adopt an Honor device.” 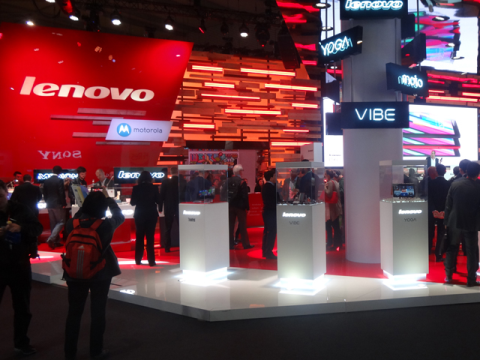 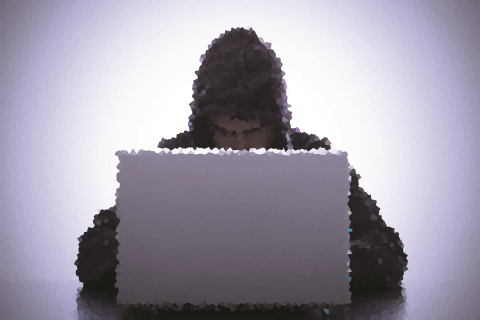