Claure and Brightstar back with a 20:20 bang

Brightstar this month finally completed the acquisition of UK hardware distributor 20:20 Mobile for an undisclosed fee, rebranding as Brightstar 20:20, and marking its return to the European market.

The acquisition was signed off in London on December 2, just over a year since Brightstar founder and CEO Marcelo Claure exclusively told Mobile News he was in talks to buy the Crewe-based European distributor.

The fee, which has not been disclosed, is rumoured to be between £120-£150 million and marks a significant loss to venture capitalist Doughty Hanson, which acquired 20:20 Mobile in 2006 for £347 million.

Doughty Hanson declined to comment on the deal, despite Mobile News’ requests.

The completion marks a return to Europe for Claure and Brightstar. He sold Brightstar Europe to Tech Data, which now operates as Tech Data Mobile, last September for £106 million.

Strategic
It increases the number of local markets Brightstar operates in from 38 to more than 50 across the US, Asia Pacific, Latin America and EMEA.

European markets added through the acquisition of 20:20  included Finland, Hungary, Italy, the Netherlands, Norway, Spain, Sweden, Poland and Portugal as well as the UK.  20:20 Mobile claims to have had a customer base north of 3,500 and an annual turnover of nearly £1 billion prior to takeover.

Claure said of the deal: “With the strategic acquisition of 20:20 Mobile, Brightstar has a strong position in the European market, one of the most exciting and progressive markets in the world.

Bringing the team of 20:20 Mobile into the Brightstar family will allow us to deliver some of the top innovations and services developed for mobility to the operators, retailers and manufacturers that are leading the wireless industry in Europe.”

Whilst the deal has been completed, the pair are now undergoing a “closing period”, which is expected to conclude in the first weeks of January, in which full management of Brightstar 20:20 will commence.

Brightstar 20:20 told Mobile News no further changes to staff nor radical changes concerning office location are expected at this time.  Brightstar is expected to heavily implement a number of its service offerings deployed in the firm’s US markets.

These include a strong emphasis on value added services, supply chain solution, buy back and trade solutions, insurance and financial services.

Confirmation of the deal comes more than a year after Brightstar president and CEO Claure confirmed his interest in 20:20 Mobile in an exclusive interview with Mobile News last October. He said re-establishing Brightstar’s presence in the UK was his number one priority.

The previous month private equity firm Doughty Hansen had refused to comment on speculation it was on the verge of selling its 45 per cent stake in 20:20 Mobile Group after reports emerged it was seeking an exit.

By November 2012, distribution sources revealed that Brightstar’s acquisition of 20:20 Mobile had moved a step closer with a fee of around £150 million said to have been agreed.

The deal failed to materialise, however, and in March of this year Claure told Mobile News in another exclusive interview from the Mobile World Congress in Barcelona that, contrary to reports, the deal had not been completed and discussions were ongoing.

Subsequent interest from Vodafone had also cast doubt over whether its fulfilment deals would continue. Losing the contract would have had a significant impact on the Spanish division’s value.

Yiogo, which has around two million customers, has been closely aligned with 20:20 Mobile since launching in 2006, with 20:20 Mobile managing all stock fulfilment for the operator, as well as logistics and also its call centres.

Its SIM cards are sold through retailers in Spain, including Carphone Warehouse-owned The Phone Shop, as well as a number of its own franchised stores.

However, sources close to Brightstar and 20:20 Mobile claimed TeliaSonera had backtracked on its original decision and had decided to keep hold of the company, indicating the acquisition would move a step closer to completion.

Ownership
The deal was delayed again in October. Japanese telecoms and internet corporation SoftBank agreed to pay $1.26 billion for a 57 per cent stake in Brightstar, increasing its ownership to 70 per cent over five years. Claure continues as president and CEO, owning the other 43 per cent for now. 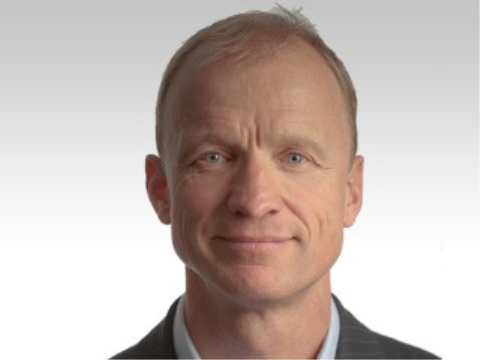 Have yourself a merry little read of our 4G test
We’ve read the claims and seen the advertisements. So how do real-life 4G speeds match up to the reality of getting a useful connection?
Features - Mobile News